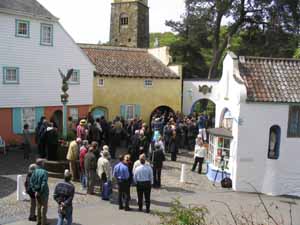 Affectionate and sustained applause greeted Fenella Fielding as she unveiled the Wales Screen Commission plaque to commemorate the filming of The Prisoner in that famous Village. Because of the building's listed status, the only realistic position for the plaque was above the Prisoner Shop's doorway, replacing the penny-farthing emblem, which was there previously.

The ceremony was introduced by WSC's Richard Coombs, who spoke of the series enduring popularity. Robin Llywelyn then talked about his grandfather's love of plaques, and finally Miss Fielding said a few words before the formal unveiling, which was filmed by BBC, ITV and Sky crews.

Miss Fielding then undertook interviews on the small terrace "behind" the shop and posed for photographs with fans and flunkies alike. All then adjourned to a buffet in the room between the restaurant and the Town Hall, where the plaque-maker himself proved a fascinating conversationalist.

Miss Fielding arrived late but, once the unveiling ceremony was over, she seemed in no hurry to get away. She was the focus of attention, chatting to a bevy of Prisoner fans on the restaurant terrace, while under the Bristol Colonnade the TV presenters did pieces to camera and interviews with a deserted Village behind them! Particularly embarrassing was Geoff Lake's BBC contribution on behalf of Six of One, which was ill-judged, unprepared and mercifully brief. The crowd numbers and weather were also a vast improvement on the March convention, about which some society members were still talking unfavourably, especially the difficulty in finding the 30 odd participants for the human chess game (a perpetual embarrassment it seems).

Of the handful of Six of One members there were two-striped t-shirts, two piped blazers (one not improved by the cigarette in the mouth) and two non-starters, but the fancy dress first prize had to go to David Price, the Town Crier, who put everyone to shame with a costume that evoked both Mr Bumble and Henry the Eighth.

As Miss Fielding chatted, it became clear that she had been unaware of the nature of The Prisoner at the time of the recording and as yet had still not watched the whole series from start to finish. But her conversation was peppered with typical Fenella signature lines like "Oh darling, how divine". Still strikingly slim and dressed immaculately in "smart casual" with a sprinkling of chunky jewellery, she seemed to be thoroughly enjoying herself, especially when asked to pose with a strawberry ice-cream by photographer Bruce Frumerman, where she emoted the 'flavour of the day' with an enviable professionalism. Her elegant hands were particularly expressive, as she talked on and off camera.

A thoroughly worthwhile day in the ongoing life of The Prisoner - and it was good to see TV cameras buzzing around the Village again for a Prisoner event (fond memories of conventions from the good old days). Patrick McGoohan may have declined to send a goodwill message but with so much else happening for once this may not have been noticed. 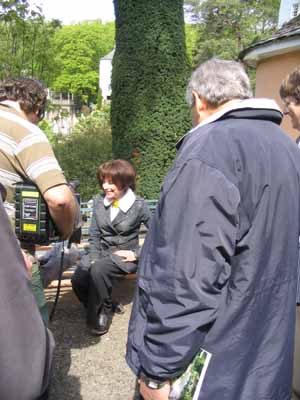 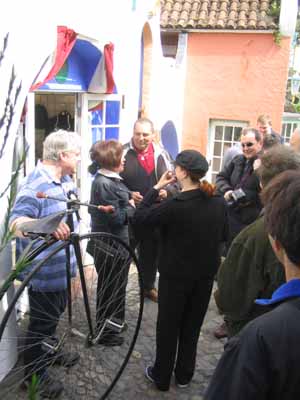 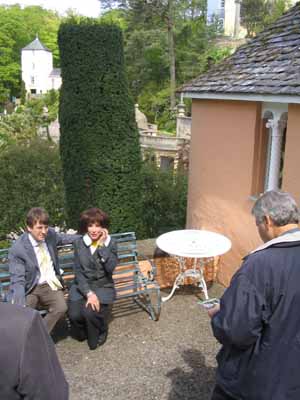 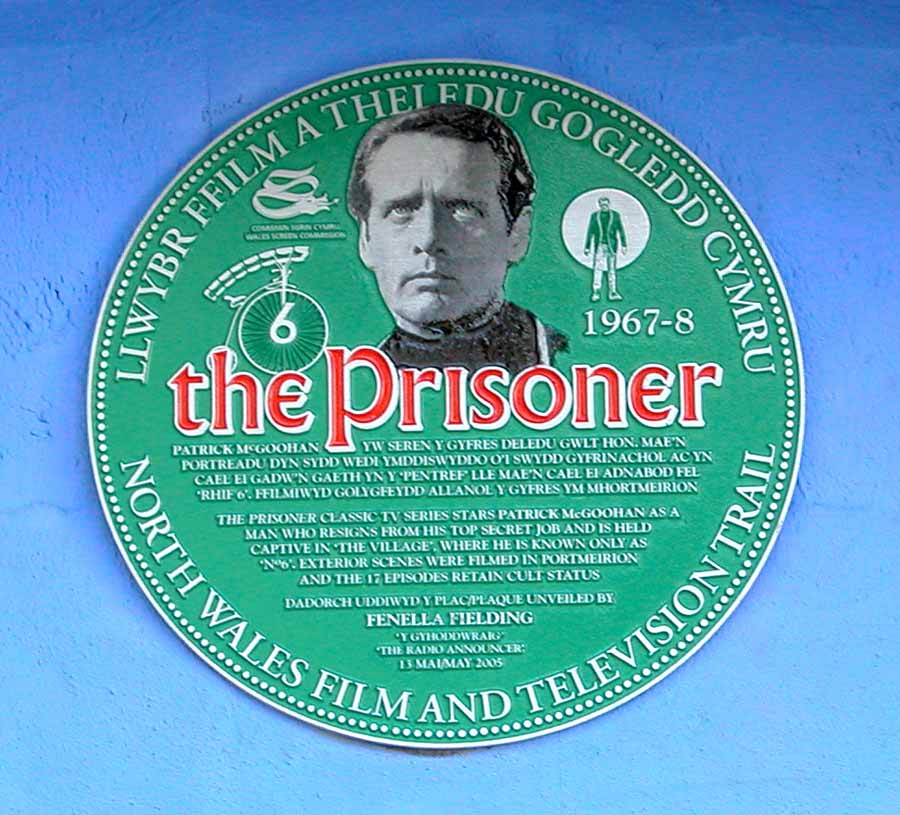 A further selection of images, and an additional report, can be found at Cathy Frumerman's Eye on Wales site at http://home.earthlink.net/~walestales/05-1.htm