ALEX COX - FILM DIRECTOR AND AUTHOR OF 'I AM (NOT) A NUMBER - DECODING THE PRISONER (DETAILS HERE). 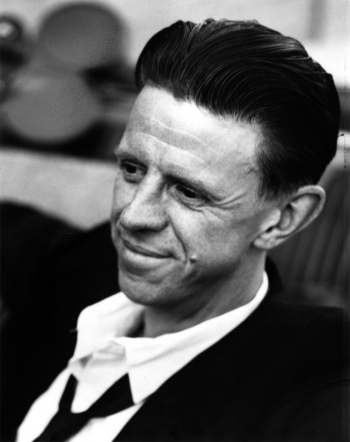 Recently, Rick Davy of The Unmutual Website conducted a short interview with Alex Cox about his new book.

Thank you, Alex, for sparing some time for The Unmutual Website. For the uninitiated, how would you describe your book ‘I am Not a Number – Decoding The Prisoner?’

How 'uninitiated'? If they read my book and visit The Unmutual site I suspect they are already initiated and seeking further enlightenment.
I've been in serious awe of the series since it played (in black and white on Granada TV) 50 years ago. Having watched the series several
times in the intervening decades I continue to think it the best thing ever made for television. What I try to do in the book - which is called
I Am (Not) A Number since I think Number 6's claim in that regard is highly debatable - is to 'decode' the series.

Without giving too much of the content of your book away, I think one things that comes across very much from reading it is that you feel ‘The Prisoner’ is unlike any other TV series, and that ‘The Prisoner’ really captured your imagination as a young lad. Why do you think the series appealed to a 13 year old Alex Cox?

It just isn't like anything else, is it? It isn't a spy show, or a cop show. When The Man from Uncle played, the BBC said you could apply for an UNCLE card or a THRUSH card, as a gag to support the show. I applied for a THRUSH card and received a letter saying "sorry, there are none"
and sending me an UNCLE card instead. Clearly too many English viewers had sided with THRUSH against the Americans! The Prisoner doesn't play the self-destructive game of picking sides in the Cold War -- it just depicts the whole disastrous endeavour as a big game: as Number 2
observes in The Chimes of Big Ben, both sides are obsessed with mind control and surveillance, and are becoming increasingly the same. As a
wee bairn I hadn't really thought about these things. Then sudenly Prisoner made sense of parapolitics, geopolitics and the farce of two-party democracy! What other TV show did that? What other TV show or film even attempted it?

Did the series influence your own development into movie making, or influence any of your films/work?

Undoubtedly. Not in the visual aspect, since my visual preferences are grungier -- but philosophically, and in my understanding of systems. The
Prisoner prepared me for Universal Pictures, and the BBC! In that sense The Prisoner wasn't just something that influenced my work, or other
filmmakers' work. It influenced my life, and encouraged a somewhat distant world-view in which it's difficult to take 'sides' when the sides are manufactured, and represent the same mind-set. McGoohan hints at this in interviews; but makes it crystal clear in The Prisoner.

You’re on record as being something of an aficionado of the series, what made you, all these years later, put pen to paper and write a book about it?

Some years ago the US DVD distributor gave me a boxed set of blu-rays. But I didn't have a blu-ray player, and so they sat on the shelf. When I
taught film production at CU Boulder I showed some episodes to my students - aged between 19 and 29. They were blown away, just as I had
been. So early this year I bit the bullet, went to the pawn shop and bought an ancient blu-ray player with RCA jacks, and watched the whole
show, in colour at last. Having done this, I watched the episodes again, in what I think was the production sequence. This was something of a
breakthrough, in terms of understanding what develops during the course of the series. Then I realised this was the 50th anniversary year. I
contacted Ion Mills at Kamera Books and proposed an Emergency Prisoner Book to him. He went for it, and squeezed it into their schedule so that
it could come out this year.

There have been many episode guides, and production guides, written about the series over the years, but few books which have attempted to ‘decode’ what we see on screen. Is this something of an impossible task with most things unanswerable, or do you feel you HAVE decoded ‘The Prisoner’?

What I write is just my opinion! And you know what they say about opinions. But I've spent a good part of my life pondering The Prisoner, and I do think that considering the episodes in the order in which they were made is key to understanding how the series developed, and what it
ultimately may mean. When McGoohan and co started work on Arrival, nobody knew how The Prisoner would turn out. It was a journey of
discovery for everyone involved, episode by episode. So in my book I provide my answers to the classic questions: Who (or what) is Number 1?
Who runs The Village? I also provide an answer to another question: who are The Prisoners? The answer is in the series. And they are not spies.

Personally, my appreciation of various episodes has chopped and changed over the years (episodes I liked less when I saw the series aged 10 are now favourites, and vice versa), did you feel when re-watching the series to write the book a new appreciation (or unappreciation) for any episodes or aspects of the series, compared to when you watched it when you were younger?

I loved all the episodes at the time, and still do -- with the possible exception of The Girl Who Was Death, which is a bit frivolous and let
down by the decision (probably made in McGoohan's absence) to replace multiple Hitlers with multiple Napoleons. But The Girl Who Was Death
features the trapdoor in the floor with electrified spikes beneath, and you can't beat that. Today I think my preferred episodes might be Fall Out (of course), Schizoid Man, Free for All, and Do Not Forsake Me O My Darling (which is ironic since it contradicts the other episodes and stars Nigel Stock in the Number 6 role!)

As a successful director yourself, do you see a difference in the episodes which McGoohan directed himself, compared to other episodes? Some have said that ‘The Prisoner’ is part-autobiographical, and I wondered whether you felt that this was more, or less, apparent with regards to McGoohan’s episodes?

One of the puzzling aspects of the series for me, over the years, has been the relative weakness of its credited directors -- compared to the
excellence of the scripts, the acting, the casting, and the production design. McGoohan famously fired several directors on set (telling the AD
"so-and-so isn't well and needs a car to take him home"). According to his biographer Rupert Booth, McGoohan took over directing all the
episodes once the shoot moved from Portmeirion to London. In my book I speculate on why McGoohan didn't invite Orson Welles, or Lindsay
Anderson - both of whom he knew - to direct an episode. The answer is simple, I suppose: he worked with directors he could control, and
effectively directed the entire series (apart from his absence in Los Angeles) himself!

McGoohan wanted people to talk about what he'd made. To question it. To argue with it. Did you want the same from the readers of your book, in that there are inevitably statements which people might question or disagree with in the text? Certainly I think the book's biggest asset is the fact that it made me think, and had a mix of things which made me think, made me a agree with (the ongoing assumption that Six may not be a spy has a lot of merit, and I agree with your comment about the ridiculous conclusion to 'Do Not Forsake'), and also made me disagree with (many folk think 'A. B. and C.' is one of the strongest episodes, the focussing on the re-casting of Cargill I would argue has incorrect focus given that nobody watching the series for the first time ever notices that the actor has been seen before, and it's a casting ploy which occurs many times in the series (actors such as Christopher Benjamin, Harold Berens, Grace Arnold, Larry Taylor, Michael Miller appear in different episodes as different characters), and I would disagree regarding who Number One is, and who the man in the rocket is).

In Chris Rodley's expanded documentary McGoohan talks about Number 1 as being Number 6's alter ego. My take on Nubmer 1 is different, but I
would hesitate to contradict the author of the series, so you may be right. I think re-casting Cargill was a mistake because he is a major character both times, not a minor one, and the choice draws attention to itself. Some of the doubling-up of actors is quite deliberate (for example, Oliver MacGreevy as the electrician/gardener in Arrival) and indicates that The Village Hospital - especially in the light of Schizoid Man - is able to clone people or surgically recreate them as exact doubles. Which leads us back to the meeting aboard the rocket. If we agree Number 12 and Number 6 in Schizoid Man are different people with the same face, why can't the same be true of Number 6 and the ape/man in the Number 1 uniform?

There are no final answers! But it is so much fun to watch the episodes, to think, to puzzle, and to speculate, and to apply these thoughts to
our own lives. And that, of course, is exactly what McGoohan wanted us to do! Thank you for asking these questions. It has been enormously rewarding watching The Prisoner again and writing about it, and I look forward to meeting you in the new year. 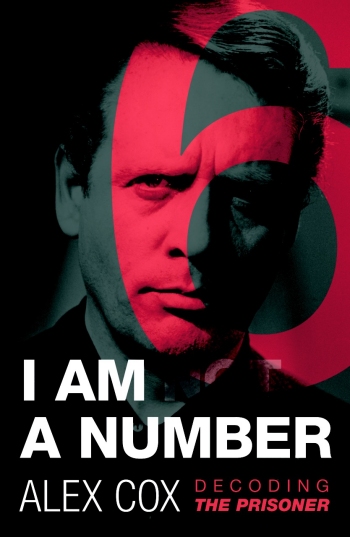