Well known and much loved Prisoner fan Peter Jones sadly passed away in October 2011. Here is a tribute, with photos, from his good friend Peter Preston.

Remembering Peter Jones
I attended all three days of the 1984 Prisoner Convention and was able to see Peter Jones and his two fellow actors perform "Prisoner Number 1" in the Town Hall on both Saturday and Sunday. I know Peter performed in plays at the Swan Theatre in Worcester as did, I think, his companions. Peter played McGoohan at several stages through his life and he wore an original Number Six jacket which he personally owned. After the Saturday performance, I asked the cast if I could take some photographs of the play and we met in the Town Hall on Sunday to take some photos while the hall was empty. As far as I am aware, this is the only photographic record of the play that contains all the main scenes. The scenes were re-created specially for me and I sent copies of the photos to the cast for which they were very grateful. One can clearly see from the photographs that Peter's jacket was the one with 'broken' piping at the lapels. Peter was a friendly chap and we exchanged Christmas cards for a few years. I also found him to be very intense, as if everything around him mattered a great deal. Each scene I photographed had to be meticulously re-created to the inch. I understood this intensity and attention to detail much more when I became a stage actor myself in 1994 and have since appeared in nearly seventy stage and television productions. See here http://sites.google.com/site/ucheldrerepertorycompany/ 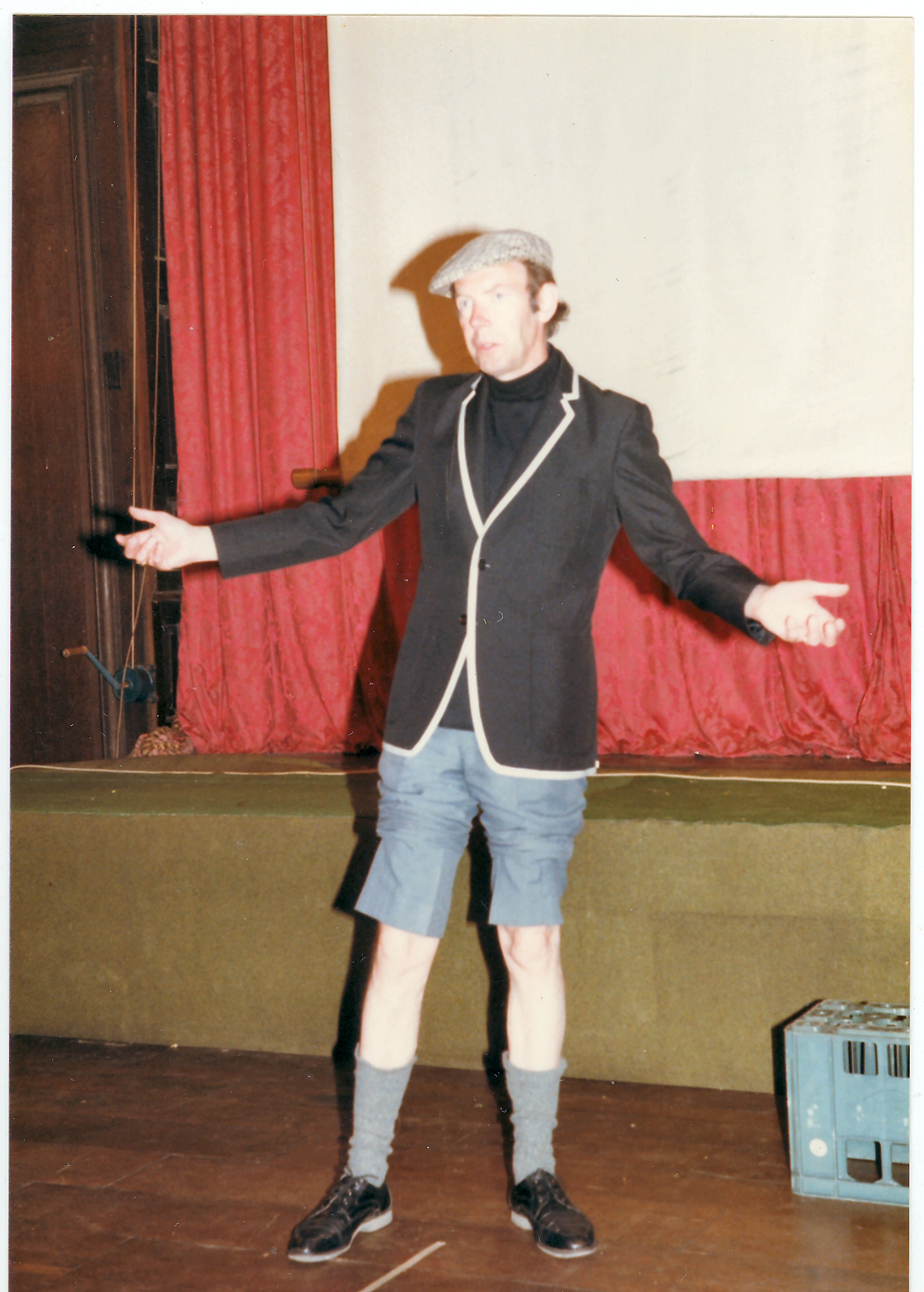 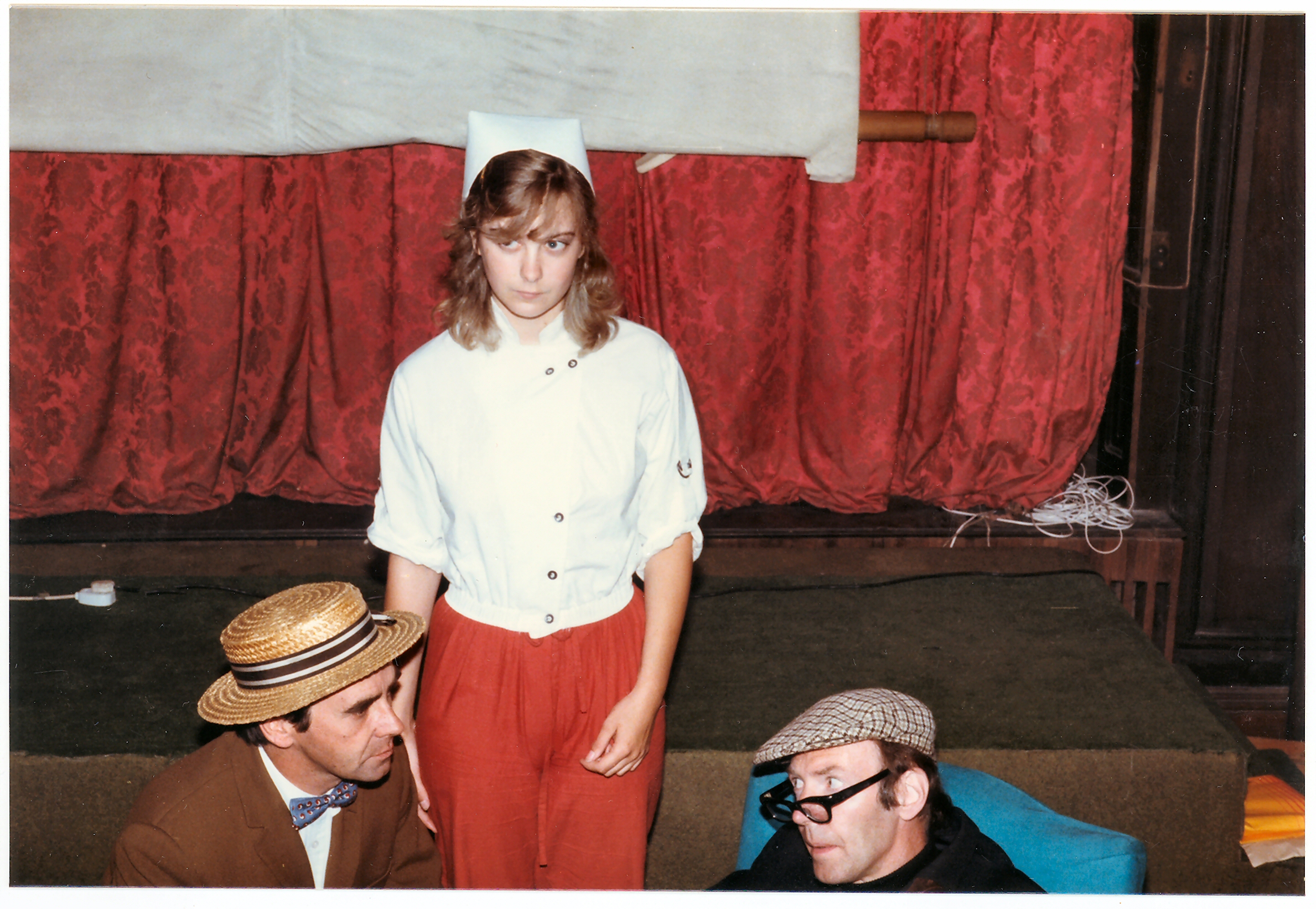 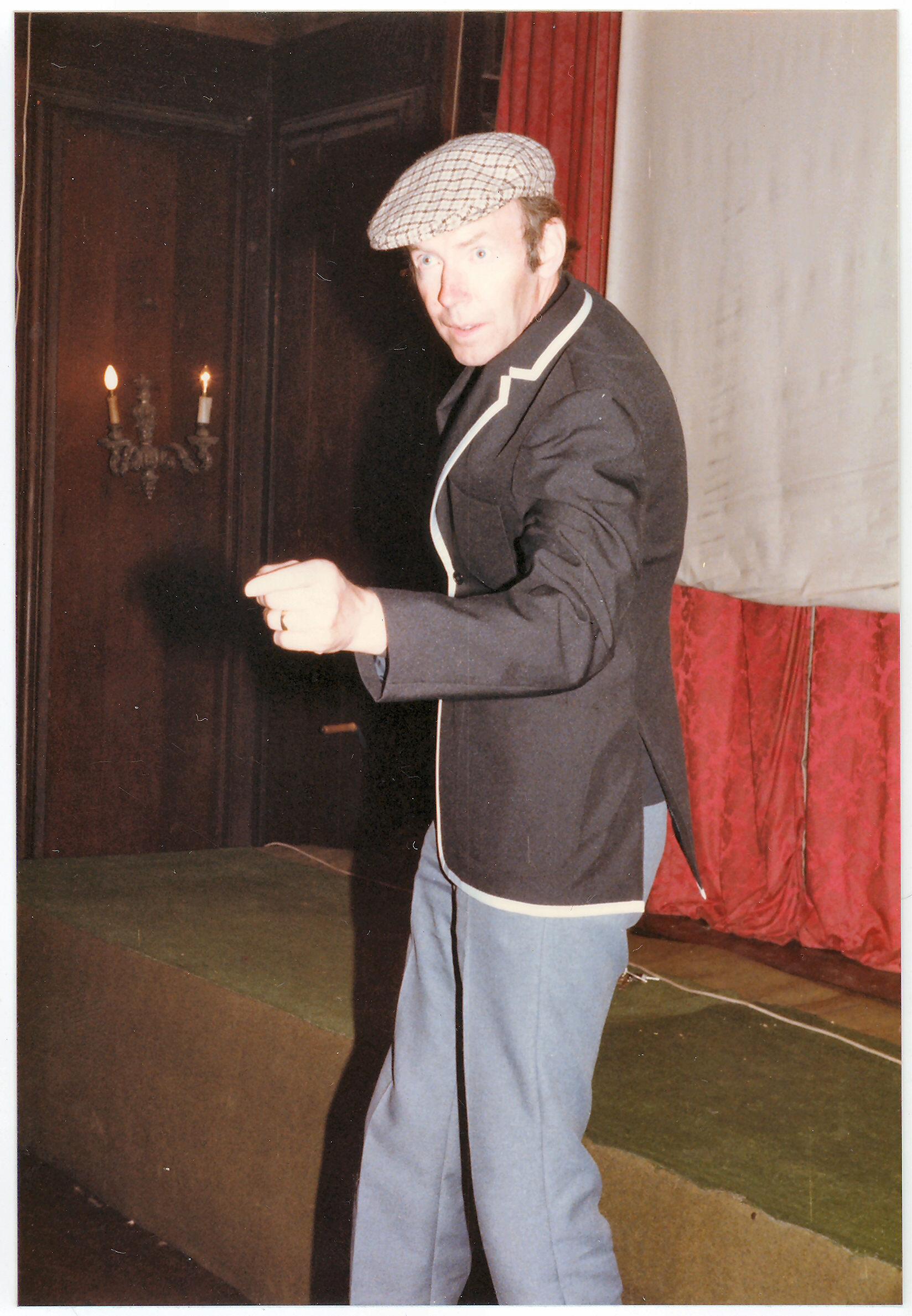 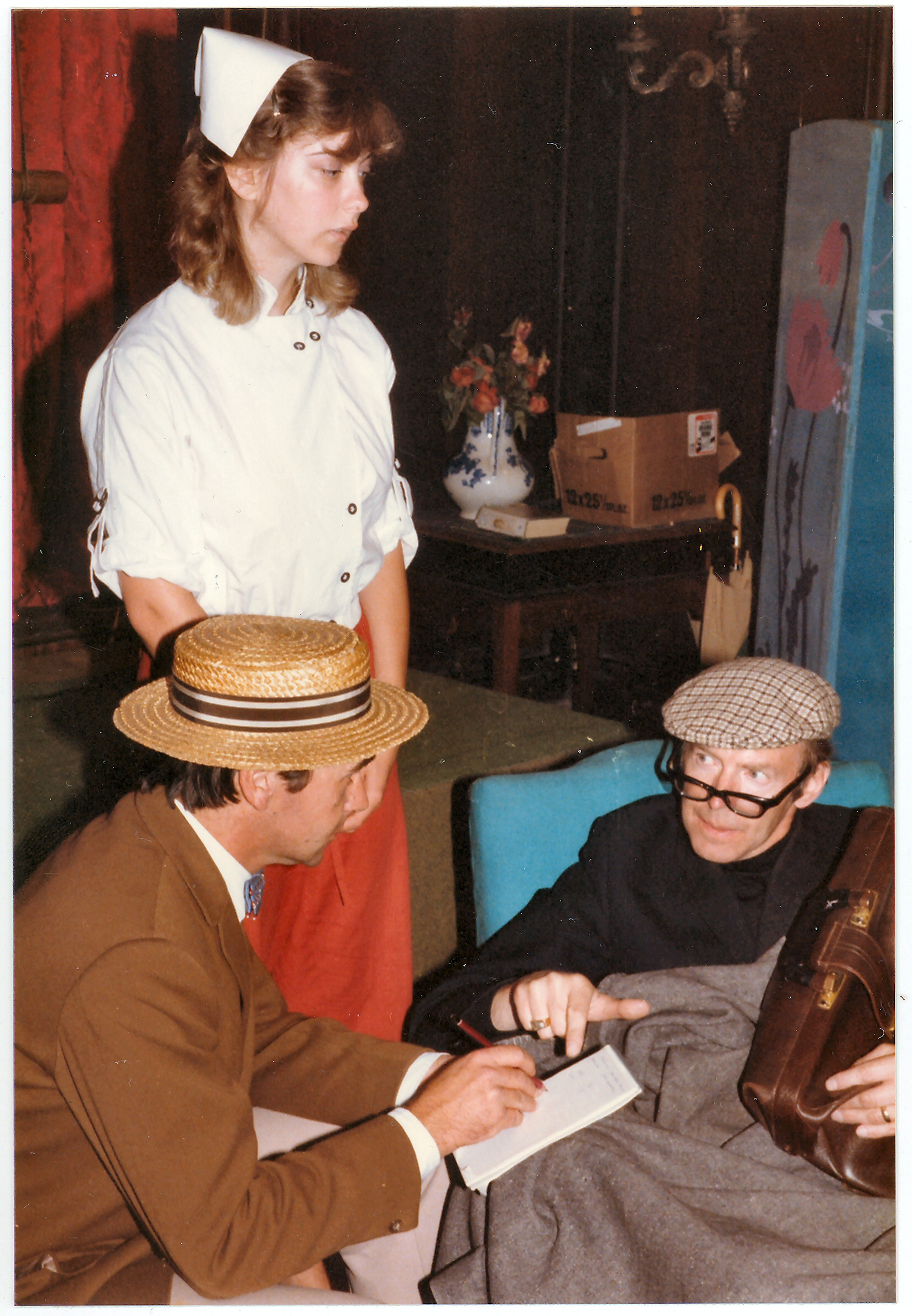 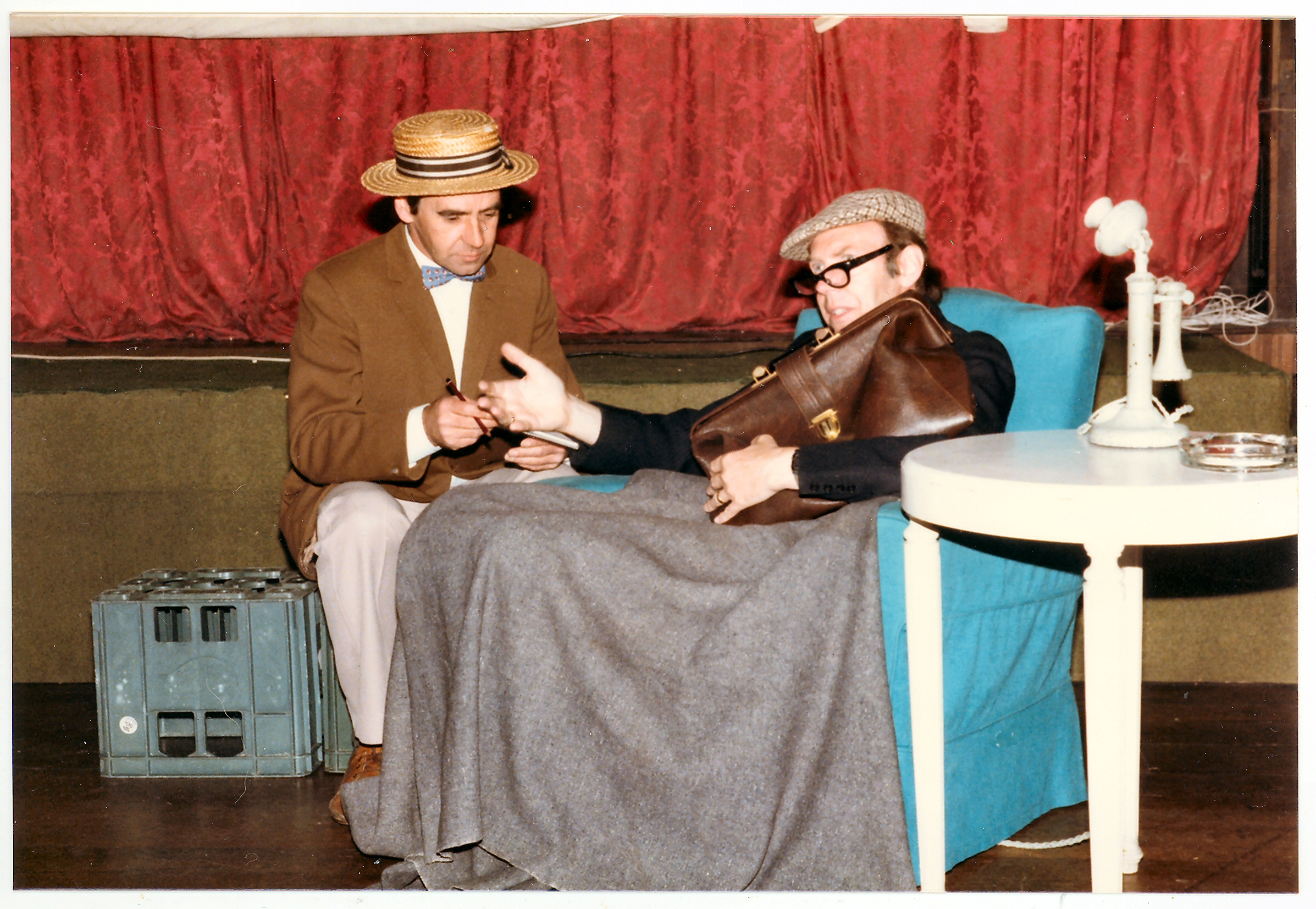 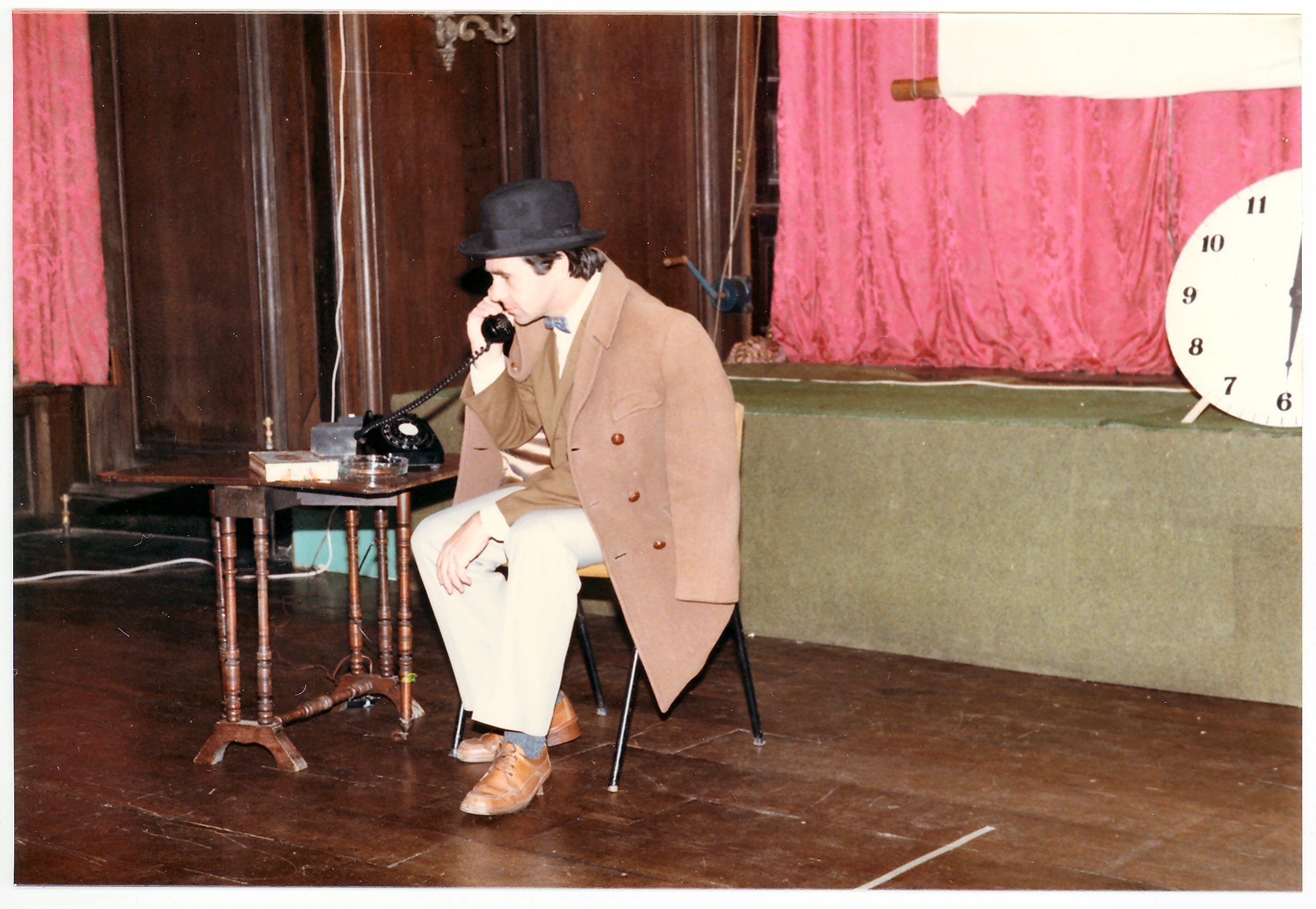