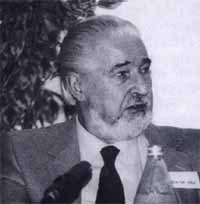 Jack Lowin joined the film industry in 1942 working for Merton Park Studios in London and spent the first decade of his career as a focus puller on many British features including "Captain Boycott", "Vice Versa" and "So Long At The Fair". During this period he worked with "Prisoner" actors Eric Portman ("Men Of Two Worlds") and Finlay Currie ("School For Secrets and Trio") and also gained experience abroad filming in Africa. He graduated to camera operator in the early 1950s and worked for some time on features in Brazil.

The advent of independent television in the United Kingdom in 1955 resulted in an increase in domestic small screen drama production which presented Jack with an introduction to the still fledgling medium. His early work included "Ivanhoe", "The Adventures Of William Tell" and the early British telefantasy series "The Invisible Man". In 1960 he worked with Patrick McGoohan for the first time on the half hour episodes of "Danger Man" and later rejoined the team to work on the hour long stories. The early sixties brought him more film work with features such as "The Password Is Courage", which starred Nigel Stock, and the Norman Wisdom comedy "On The Beat", before what is now known as the 'golden era' of British television beckoned.
His CV of television work from 1964 until the early seventies reads like an encyclopedia of British action adventure. After his work on "Danger Man" he transferred along with many of the other crew members to McGoohan's new project "The Prisoner".

He was subsequently camera operator on episodes of "The Saint" and "Man In A Suitcase" and took the role of 2nd unit director on "Department S" and "Randall And Hopkirk (Deceased)". He continued his association with ITC into the seventies with work on such memorable series as "UFO", "Jason King", "The Adventurer" and the star-studded, but short-lived "Zoo Gang". As gritty realism and often mundane domestic settings replaced the optimistic fantasy worlds of the sixties Jack turned his attention once again to the cinema working as 2nd unit director or camera operator on a number of increasingly high profile feature films. He worked on the Brian Clemens penned supernatural thriller "The Watcher In The Woods" for Disney in 1979 and in the same year contributed to the Fab Four biopic "Birth Of The Beatles". A year later he teamed up the real thing for the Ringo Starr prehistoric comedy vehicle "Caveman".

As he entered his fifth decade in the industry big budget blockbusters such as the Roger Moore 'James Bond' epics "For Your Eyes Only" and "Octopussy" (both directed by former 2nd unit "Danger Man" director John Glen) came his way along with the "Star Wars" sequel "Return Of The Jedi". He continued to work on major productions such as "Supergirl", "Lifeforce" and the comedy "Top Secret!" until his retirement in the mid-eighties.

Jack passed away at a nursing home in Buckinghamshire, where he had become something of a celebrity among the other residents and staff, on 25th February 2018, leaving his two sons. Jack was a uniquely talented man, whose contribution to 'The Prisoner' should never be underestimated.