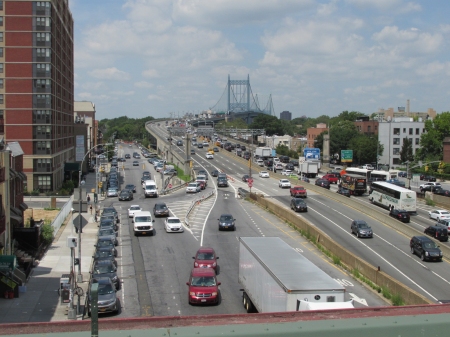 In 1928, when Thomas and Rose McGoohan welcomed their son Patrick into the world, the family was living in the New York City borough of Astoria, Queens on Long Island. Within a year, they would take young Patrick back to their native Ireland, where he was raised on the family farm and -- as we well know -- would achieve success as an actor by the 1950s and 60s. While passing through New York on a promotional tour for Secret Agent in 1965, Patrick and his wife Joan attended a large family reunion in Yonkers with relatives from both sides of his family, many of whom he'd never met. "Despite the fact that a good two-thirds of them had never seen Ireland," Patrick told Woman Magazine in 1965, "seventy-five McGoohans and Fitzpatricks had succeeded in making that house in Yonkers much more a part of County Leitrim than a suburb of New York City."

Being a native New Yorker myself, I've always been proud of the fact that McGoohan's birthplace and mine are less than sixty miles apart. Whenever I return to my hometown of Carmel, I usually take a trip down to Manhattan to spend a day seeing the sights and to simply enjoy the bustling spirit of the city (it's always "the city" if you're a native -- "New York" refers to the state itself). However, I recently realized that I had never actually seen any of the outer boroughs save for numerous trips to the Bronx when my uncle lived there years ago. Therefore, on my most recent visit, I made a point to venture outside of Manhattan for the first time, with the logical choice being Astoria, Queens to see the area where McGoohan was born.

On Friday, August 5, 2016, I boarded the Metro North commuter train at the Southeast/Brewster station and settled in for the eighty-minute ride to Grand Central Terminal. Upon reaching the city, I transferred to the Yellow "N" Line, which turned out to be a surprisingly short trip over to Astoria following the route of the 59th Street Bridge. Most impressive was how the journey began as an underground subway in Manhattan, then after traveling under the East River, emerged as an elevated track in Queens. The view looking back to the city from this perspective was worth the trip alone. Alighting from the train at 36th Avenue, I descended to the street under the track and was instantly reminded of the famous car chase sequence from The French Connection (which was filmed in a similar location on 86th Street in Brooklyn). 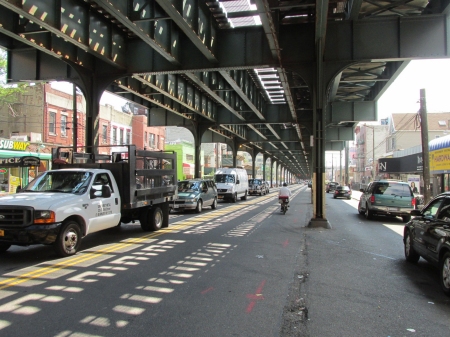 As I got my bearings, I noted how the area had undergone a predictable cycle of urban decay during the 1960s and 70s, leading to a revival of prosperity and tourism today. While one street might consist of abandoned, nondescript warehouses, a block or two over would be pleasant tree-lined avenues with well-kept brownstone houses and flats. Chain stores such as Dunkin' Donuts and Panera Bread were predictably present, yet were balanced out by many locally-run delis, antique stores and specialty shops. 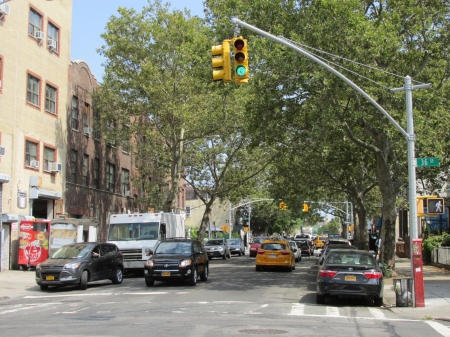 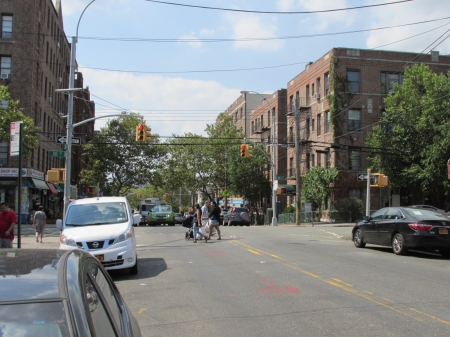 In a notable Prisoner-related coincidence, I was astonished to discover a pub called "The Snowdonia," complete with a Welsh flag out front. After several visits to that very region of North Wales to see Portmeirion, I found it surprising, yet oddly appropriate, for such a pub to exist in the United States -- and in McGoohan's birthplace for that matter! 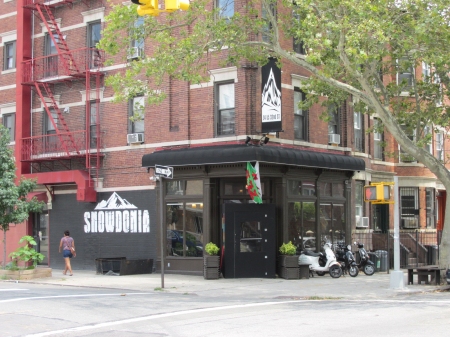 Sadly, it was difficult, if not impossible, to get an idea of what the area was like some ninety years ago when the McGoohans lived there. According to the local historical society, the town's street pattern was redesigned and renumbered sometime in the 1950s, while entire city blocks were razed and rebuilt. Even if one could determine where the family resided, that location would most likely be unrecognizable today.

An attraction high on my list to see was the Museum of The Moving Image on 35th Avenue. Having a keen interest in film and television, I was looking forward to discovering what the facility had to offer. Inside were impressive exhibits of everything from vintage film cameras and projectors, to wardrobe and set design, to even daily screenings of many genres of film from throughout cinema history. The museum is a "must-see" for anyone interested in film if they're visiting the New York City area. 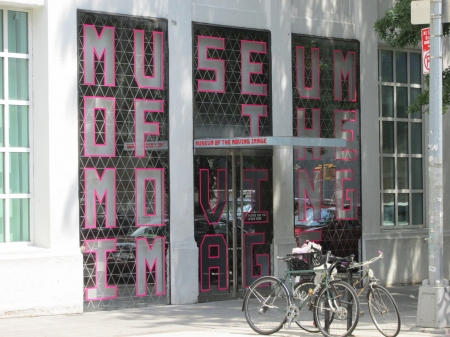 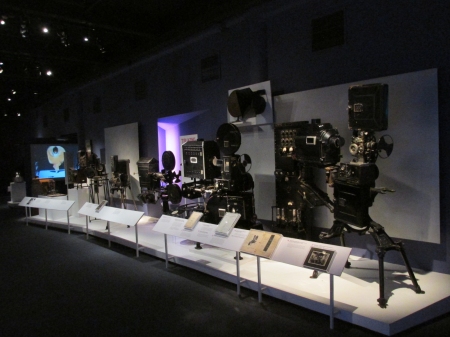 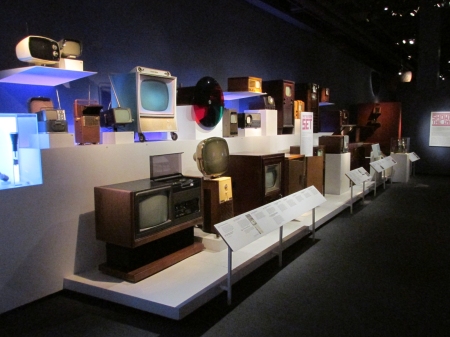 Interestingly, there was another McGoohan-related coincidence when I encountered an exhibit of production material related to 2001: A Space Odyssey. On display were several letters and telegrams between Stanley Kubrick and his crew containing the address of the MGM Borehamwood Studios north of London -- the very soundstages where the interiors of The Prisoner were filmed at the same time as Kubrick's epic in 1966-68. (This coincidence seemed doubly appropriate since the museum's futuristic lobby had a somewhat "Kubrickian" appearance to it!) 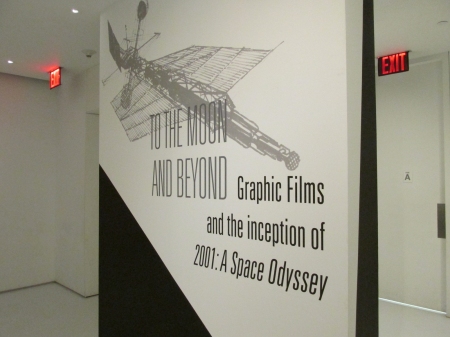 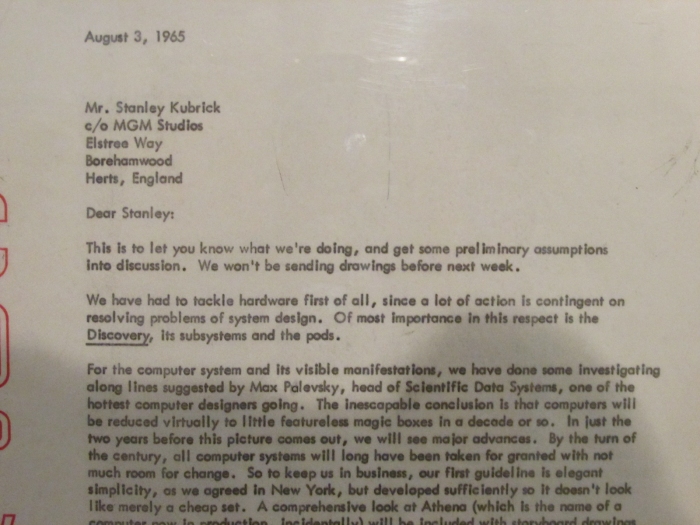 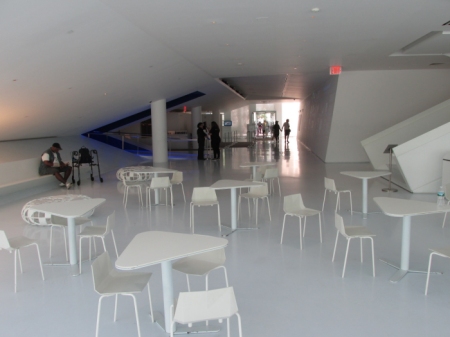 Another noteworthy attraction just next door to the museum were the Kaufman Astoria Studios, which have been in use since the Silent Film era. Scenes for several movies have been shot there over the years, from the Marx Brothers' Cocoanuts in 1929 to Scorsese's Goodfellas in 1990. Along with Silvercup Studios a few miles away in Long Island City (which housed both The Sopranos and Sex & The City), it's rather impressive how Queens has been a hub of film and television production for almost a century now. 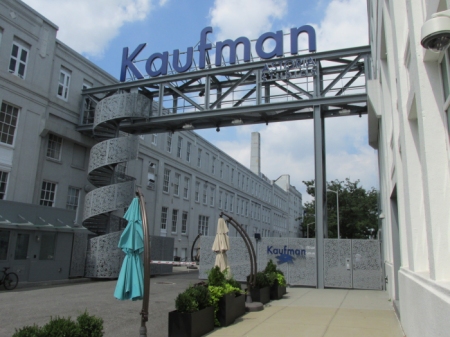 Before catching the train back upstate at the end of the day, I made sure to visit one more McGoohan-related location, this time in the heart of the city just a block from Times Square: the Jacobs Theater on 45th Street, where McGoohan appeared in the play Pack of Lies during the spring of 1985 (when it was known as the Royale Theater). 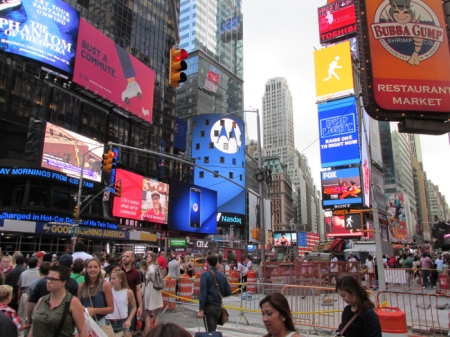 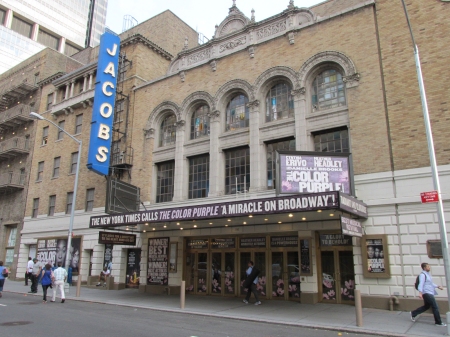 At the time, he described his return to the stage to Bill King as "quite scary, really. They say you never forget how to ride a bicycle and so, sure . . . after 25 years you can ride it on a quiet country lane with some safety. But if you have to ride it around Times Square the first time on, it's a bit nerve-wracking." McGoohan's apprehension obviously worked in his favor, as Pack of Lies ran for a successful 120 performances that spring. During those months he was in Manhattan, it's entirely possible that he hopped over to Queens at one point to revisit the area of his birth.

So while London, Sheffield, Portmeirion and Los Angeles are the locations most associated with McGoohan, let's not forget that New York City played a small, but just as important, role in his life and career as well.