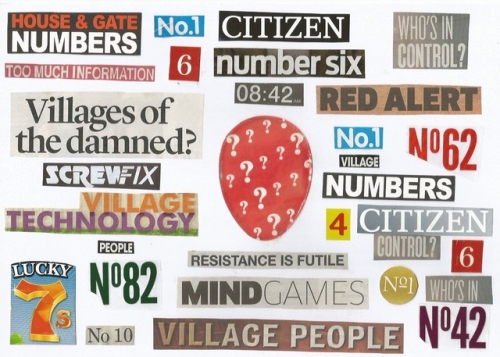 The symbolism of Patrick McGoohan’s Prisoner TV series has often been disputed and discussed because on the surface it seems perplexing. In a short discussion on television, hosted by Mike Smith the DJ, McGoohan said that despite the fact it confused viewers, the episode Fallout was not rushed but what he intended it to be all along. So what exactly was he trying to say in the series and especially in the final episode?

I believe that the rocket trip is escapism (abandonment of control / running away from responsibility). Violence is loss of restraint as patience and tolerance is staying put and trying to understand how things work, so you can fix them in the here and now (engineering the present). Rebellion is unwillingness to put up with things as they are and in the end, The Prisoner turns to the violence in himself, to escape the complexity of life and the threat (fear) of death.

No.1’s monkey mask, represents the more basic self and the pulling off of that to reveal the maniac’s face, indicates the insanity we all try to suppress (denial of the devil within). The controlled self is the ego on the throne. The judge’s masks are the two sides of every personality – the light release of comedy (‘Humour is the very essence of a democratic society’as one poster in an early episode proclaimed) or the heavy hand of suppression (drama).

The heckling that drowned out No.6’s acceptance speech is the way fans drown out depth in their heroes and the way the authorities say they want your opinion but then just ignore it; the media’s role in making up the truth was well described in the episode, Free for All. The playing of All You Need Is Love is truth and hypocrisy at the same time or those in charge playing lip service to what the people want, while suppressing it in truth (see heckling point, previously). Einstein found this out when he turned from a nuclear scientist to a social activist. The departmentalising of life as shown by the various ministries signs on the desks, is about trying to create order out of chaos, understanding out of confusion.

The playing of Them Bones is youth’s attempt to connect and make sense of the world. Leo McKern’s character represented age’s character, handcuffed by rules and regulations about what he can or can’t do (frustrated by imposed restrictions). See Zen Koans for attempts to break free from this self-imposed mind set or mental prison. Look also at Alexander The Great and his answer to The Gordian Knot. There is something reminiscent of Peer Gynt in the plot, in my opinion and Patrick McGoohan played Brand, also by Ibsen, in the Orson Wells production, to great critical acclaim. The latter character has been described as the complete opposite of the former and if McGoohan had read both plays, maybe this inspired him to juxtapose both as warring factions in The Prisoner, who knows?

Who are the prisoners and who are the warders? That will depend upon which role you are playing at the time – conformist, supporting the status quo through suppression and repression or rebel, fighting to change the way things are through expression (pioneers as opposed to settler’s).

The prison is his own mind. The reason Fallout is set underground is because it represents the hidden, the unconscious as the surface is the tip of the iceberg (the conscious world of action and perception rather than its opposite of thought). The escape via the tunnel therefore represents the return to conscious reality and escape from the inner world of conscience and decision making.

The parting of the ways, represents how people are trapped together in mutual conflict (trying to make something / understand the world better), being released when the job is done, back into the wider world (private lives / separate identities). When the door closes behind No.6 at the very end, this indicates the restart of the cycle and the fact that the microcosm of The Village is reflected back in the marocosm of everyday reality: no-one really escapes duty and if they do it is only temporary. Fallout by the way, has the meaning in the army of you are dismissed – Be Seeing You! (in our next production). 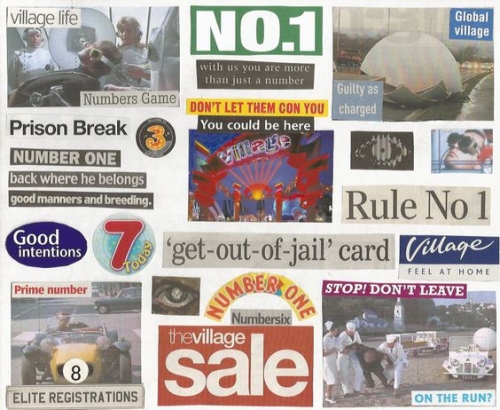