Sunday July 2nd was Prisoner Day on Big L Radio (formerly Radio London). 12 hours of the station's output was themed around "The Prisoner", with music, jingles, interviews, and much more in Frinton-on-Sea's Connaught Avenue, in Essex. 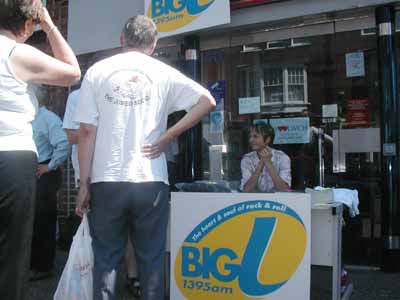 The day began with Steve Garlick's breakfast show from 6.00am. He took the Number 11 for the day, before handing over to Ray Anderson (Number 6) at 10.00am, and Ian Damon (Number 14) at 2.00pm. Fellow Big L presenter Opal Bonfante (Number 23) also attended much of the event. 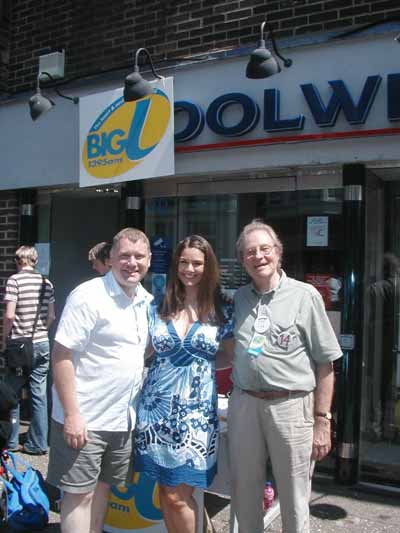 Prisoner-related music (such as Carmen Miranda's "I Yi Yi", "Dem Bones", MC#6, and The Beatles' "All You Need is Love") was interspersed with specially-produced "Prisoner" jingles from the original soundtrack throughout the day. Excerpts from an interview with Patrick McGoohan were also played, and listeners were invited to phone in to win "Prisoner" goodie-bags of prizes (which I believe were kindly donated by Portmeirion Limited). 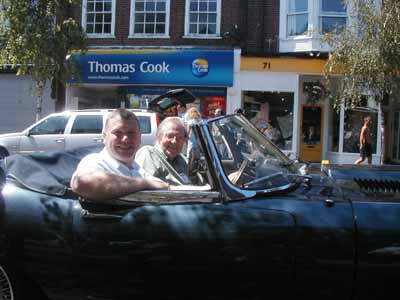 As well as inviting viewers to phone in to the station (which they did in their droves), people were also invited to come down to Frinton to sample the atmosphere, and have a quick tour of the studios. Attendees of the event were interviewed, including Prisoner fans Brian Watson and Perry French, "Prisoner" location tour organiser Dave Lally, yours truly, and several other Big L and "Prisoner" fans. 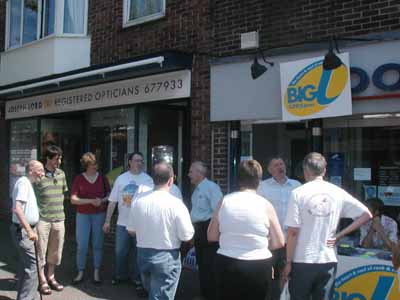 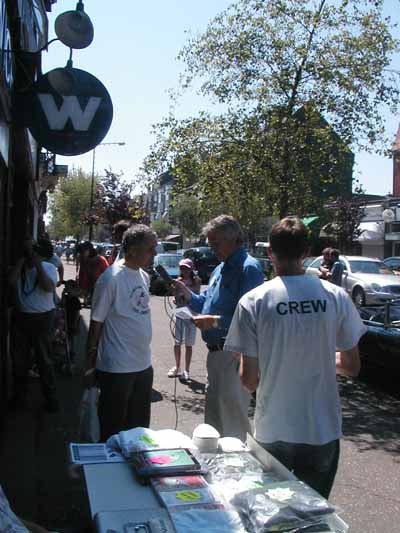 Also in attendance was a beautiful E Type Jaguar and a Caterham 7 car. 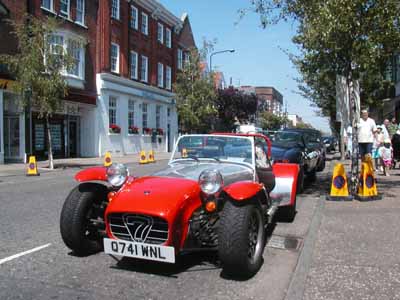 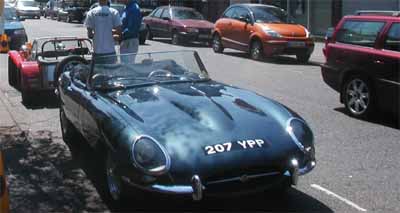 I'm sure all who attended will agree that it was a very enjoyable afternoon in the sunshine, and the event can only have done good in raising still further the profile of "The Prisoner" TV series.