On Sunday 17th July 2005, a group of "Prisoner" and "Danger Man" fans met at St Neot's station in Cambridgeshire for the London Prisoner Group Annual Picnic. This year, a coach was hired for an in-depth tour of several locations from both series. Fans travelled from all over the UK, and were joined by a Journalist from the Dutch TV magazine VPRO Gids (circulation 250,000), and TV historian and writer Robert Fairclough.

The event actually started the day before, although this reviewer could not attend. The Saturday attendees met at Buckingham Place in London (Number Six's London home) . The evenings events were made up of a short tour of Patrick McGoohan's 1960s homes in the Mill Hill area, with one resident kindly coming outside to fill the attendees in on the history of ownership of the property, and revealing that the Coach from the 1960s Disney film "The Three lives of Thomasina", which McGoohan (who starred in the film) had taken home from filming, had been fully restored and re-located to the inside of the house!

Onto Sunday. Once the attendees had gathered, they boarded the coach and headed for nearby Eltisley - one of the cricket pitches seen in the "Prisoner" episode "The Girl Who Was Death". The location, as illustrated by the photos below, has hardly changed since the series was filmed. 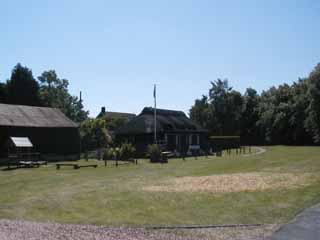 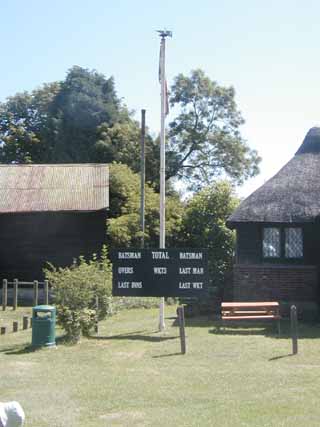 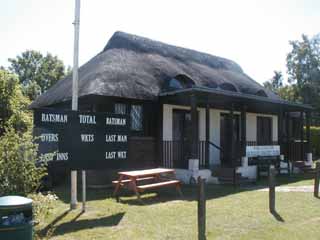 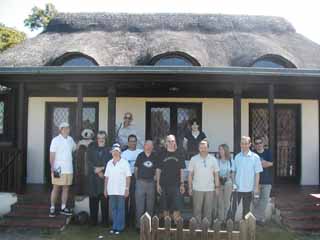 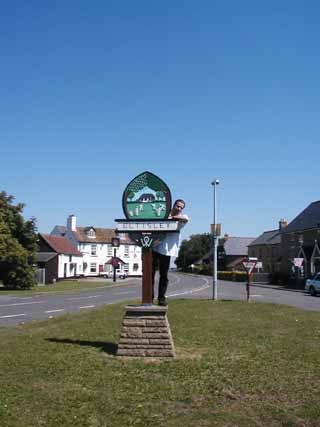 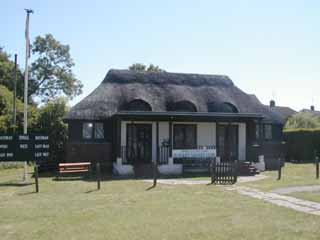 At that point, we were alerted to a local resident leaving his house in our direction. The resident, who had lived in Eltisley all his life, recalled the filming of the series and showed the attendees a scrapbook in which local press cuttings from October 1967 had been meticulously kept.

The cuttings, from The St Neots Advertiser, included several photographs of the cast and crew, including cameraman Len Harris and several extras. One of these extras was Mr Tom Rose, the Uncle of our friendly resident, who played the part of the Umpire during the scenes! We hope to have reproductions of these press cuttings and images online soon.

After a nice chat, the "coachers" set off down the A1 (which itself featured in "The Prisoner", doubling for the A20 in Kent), for their next destination - South Hatfield Shopping Centre. This location was used extensively in the Prisoneresque "Danger Man" episode "Colony 3" as "Hamlin New Town". It was at this point that the picnic would take place, with some opting for a liquid lunch in the local pub, and others enjoying the glorious weather by eating on the lawn. 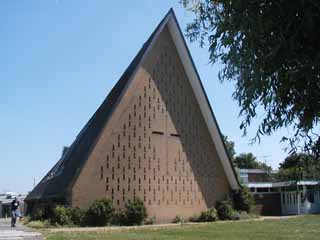 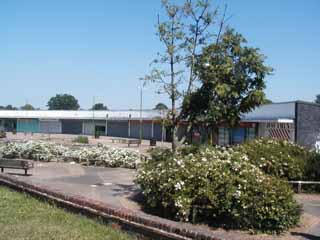 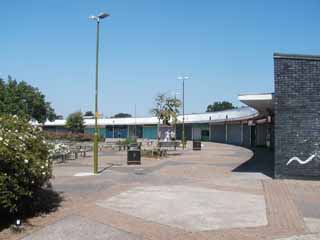 After refreshing themselves, and conducting interviews with the aforementioned journalist, next stop was Well End Lodge, on the corner of Buckettsland Lane, which features in "The Girl Who Was Death", as well as countless other ITC series. 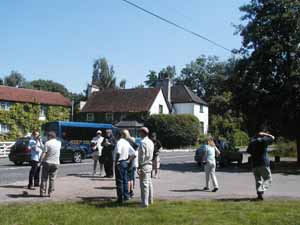 Then followed a whistle stop tour of some other locations from that episode - the Elstree Moat House (formerly the Thatched Barn), The Mops and Brooms pub, Well End Lane, and Rowley Lane, followed by the housing estate which now stands on what was formerly the MGM studios and backlot.

The last stop was Shenley Road in Borehamwood. Home to the BBC Elstree studios (parts of the Albert Square "Eastenders" set can be seen), the Elstree Film and TV Studios (which includes the "Big Brother" house), and the former site of ABPC studios. Of more interest to these TV fans, however, were 3 shops in Shenley Road, which all featured during the early part of "The Girl Who Was Death". 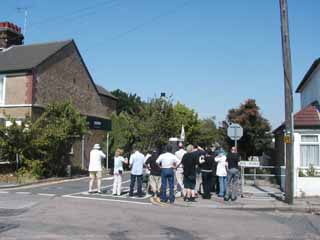 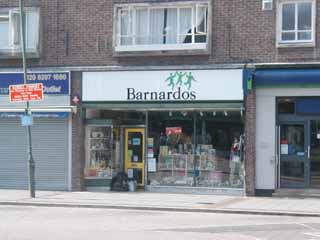 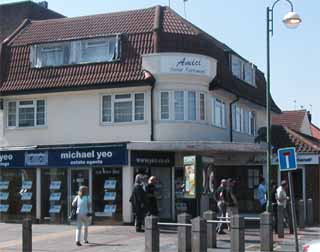 All in all, a terrific time was had by all as the day drew to a close mid-afternoon, allowing those that lived in London to go straight home, and those whose transport was at St Neots to return there by coach. Special thanks must go to Dave Lally for organising and hosting the event - plans are afoot for a similar event next year!