THE PROJECTION ROOM (The Prisoner Compared...)

"THE GIRL WHO PLAYED THE ONE GAME" By David Stimpson
Adapted from his blog at with his kind permission. 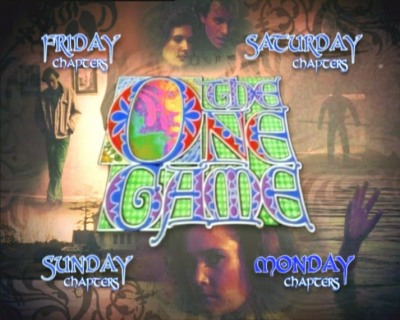 Over the past years and decades ‘The Prisoner” series has been compared to certain works of literature, films and television series and indeed vice versa. Single episodes have said to have been inspired by such as ‘The Prisoner of Zenda,’ ‘The Manchurian Candidate,’ ‘The Masque of the Red Death,’ ‘Daniel and The Devil.’ And then we have ‘The Girl Who Was Death’ which is very much comparable to that of ‘The One Game.’
Many readers of my blog may not be at all familiar with the television series ‘The One Game,’ produced by Central Television, a region of ITV’s television network in 1988. Indeed you may very well have never even heard of it, unless you have watched the 1997 film ‘The Game’ starring Michael Douglas, which is said to be based on ‘The One Game.’

“Who The Hell Is Magnus?”

“The One Game” a four part series revolving around the four central characters; 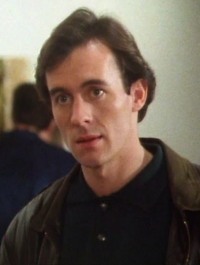 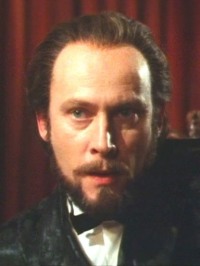 Magnus {Patrick Malahide} who simply turns up one day, later to help Nicholas set up “Sorcerer.” He later ends up in, and escapes from, a mental institution. 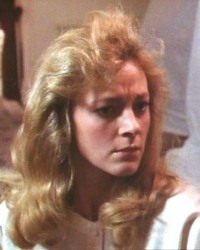 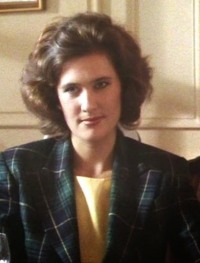 “The One Game,” is a reality game that really works, which Magnus and Nicholas are going to play. In fact they have already started. ‘The One Game was devised by Magnus, who is the puppet master pulling all the strings of his ex-partner Nicholas Thorne. There are six games to be played over a long weekend, Friday to Monday.

Friday he’s the boss of Britain’s most popular game company. He’s got a beautiful girlfriend. He’s a ruthless and respected businessman. He’s worth millions. Nicholas Thorne has it all. Then someone takes it away!

Saturday an old enemy from the past has turned Nick’s life upside down. Now he’s playing The One Game, a reality game where anyone he meets could be a friend or foe. A Pawn. With his life as the prize.

Sunday The stakes have been raised in The One Game. Nick has been imprisoned, shot at, fought sword fights, and found that every time his opponent is one step ahead. Magnus, his enemy, formerly his friend.

Monday The battle of wits between Nick and Magnus reaches its end game. Everything will come down to one final realisation and confrontation. For The One Game started many years before…..

Each game commences with a clue which Nicholas must solve, aided by Fay, Magnus’ daughter. The six games culminate in a final encounter in the “End Game”. Anyone could be playing the game, such as a group of skin heads, a taxi driver, a magician, a man purporting to be blind, as well as a group of down and outs. One location is a deserted Village where Nicholas Thorne comes under machine gun fire by a number of Magnus’s henchmen.

The “One Game” is the ultimate game that takes part in real life, where anyone might be a player or an innocent bystander. You could be playing it every minute of the day and not even know it.

There is an Arthurian legend running throughout ‘The One Game,’ with Nicholas Thorne as King Arthur, Magnus as Merlin the Magician. Jenny, Guinevere and Fay is Morgan Fay with Jenny’s boyfriend as Gavin or Sir Gawain. In one scene there is a modern day joust, on motorbikes. In another scene, this time at a medieval banquet in a great hall of Magnus’s mansion, Nicholas becomes a “champion” fighting a knight for the honour of a woman whom he thinks is his ex-wife Jenny.

‘The One Game’ is not so much about revenge, but redemption.

So how is ‘The Girl Who Was Death’ so comparable to ‘The One Game?’ Just as Magnus contrives what takes place in ‘The One Game’ it is The Girl “Death” who contrives to bring about the death of Mr. X as she takes him through a series of games. At the cricket ground, the local pub, then at the Turkish baths, quickly followed in “Barney’s Boxing Booth” with the Polish giant killer Kaminski who sends him to the tunnel of love. Then it’s all the fun of the fair at the Amusement Park. A long car chase with the Girl, who then takes Mr. X to the deserted village of Witchwood where Mr X goes through the Butcher, the Baker and the Candlestick Makers under heavy machinegun fire and peril to his life.
To the question of involvement, as in ‘The One Game,’ anyone might be a player or innocent bystander. In ‘The Girl Who Was Death’ one of the cricket teams must surely involved, in allowing Mister X to be on their team. Doris, the barmaid at the Prisoner’s local public house, she was certainly involved, seeing as it was she who served Mister X with his pint of beer, making sure he was given the glass with the message “you have just been poisoned.”

The game went onto Benny’s Turkish baths, then quickly onto Barney’s boxing booth at the funfair. Anyone and everyone in the audience could be playing the game, certainly the four gentlemen who help Mister X off with his coat! The Master of ceremonies/referee gave the impression of being an innocent, but he certainly knew who “Killer” Kaminiski’s opponent was to be. “And now ladies and gentlemen another hand I want for a gallant and courageous opponent who has undertaken to go three rounds with the killer. A man of mystery in the front row…. Mister X.” It is the “Killer” who sends Mister X on his way, to the Tunnel of Love. And from there the Girl gives Mister X the run-around in the fair ground, where he encounters a look-a-like model for the Girl who was Death, and a cockney fashion photographer, both of who were in the game. This is confirmed when the Girl, having eluded Mister X, kisses the photographer, sending him into rapture.

The game continues with a car chase, ending at the long deserted village of Witchwood. Through the Butchers, the Bakers, and the Candlestick Makers, Mr. X is fired at by an automatic Bren machine gun, almost blown up by miniature land mines, and almost gassed! Then outside comes under heavy machine gun fire, German stick grenades, and mortar fire.

The “End Game” culminates in the lighthouse at Beachy Head. Victory seems to be the Girl’s, when Mr. X is finally captured, and likely to go up with the rocket. But Mr. X manages to turn the tables on both the Girl and her father Professor Schnipps.

In one respect ‘The Girl Who Is Death’ is nothing more than what it appears, a fairy story told by Number 6. On the other hand, it can be viewed as a reality game devised by the Girl, in which she manages to pull Mr. X’s strings, just as Magnus did to Nicholas Thorne in ‘The One Game.’