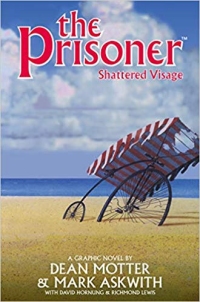 In the late 1980s, DC Comics produced a four-part graphic novel by Dean Motter and Mark Asquith set after 'The Prisoner' episode 'Fall Out', set 20 years on. These were then compiled into a single tome entitiled 'Shattered Visage' and, as per previous announcements, Titan have confirmed that they are publishing a new edition in March 2019.

Writes Titan, who also produced their own original four part 'Prisoner' comic in 2018 (see news items below, and reviews HERE), "Set twenty years after the final episode of the television series, Shattered Visage follows former secret agent Alice Drake as she is shipwrecked on the shores of the Village and encounters an aged Number Six, who is still locked into a decades-old conflict with his old nemesis Number Two for the future of the deserted spy village."

Titan's new version can be pre-ordered through Amazon and also from Forbidden Planet HERE. Click HERE to read a review of the original publication from 1989 (a review of this re-published version will appear soon). 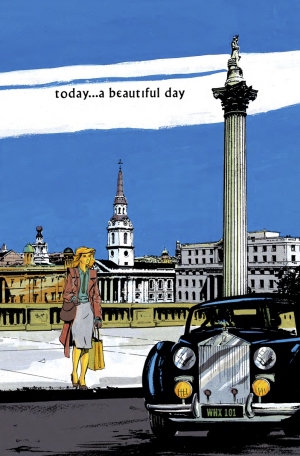 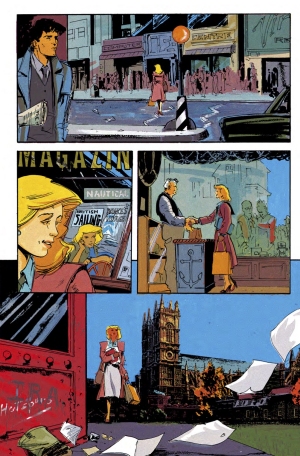 With thanks to Titan Comics for this news item.