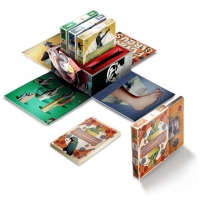 One of the highlights of the recent 'A Celebration of ITC 2' event organised by TUW and Quoit Media at Elstree was the presentation by MD Tim Beddows, and Restoration Colourist Jonathan Wood, of the company Network.

Network have beebn responsible, of course, for not only releasing the great ITC series (and much more), including 'The Prisoner' and 'Danger Man', but also painstakingly restoring many of these series from the original film elements to enable us to enjoy them in glorious HD BluRay.

At the event, Jonathan presented a short step-by-step guide to the types and amounts of film used in such a process, and a fascinating look at the evolution of Video, to DVD, to BluRay.

As well as ITC series, Network have restored many other classics, and this week several folk including Rick Davy of TUW were invited to witness a special presentation of the superb restoration which has taken place for 'Monty Python's Flying Circus'. The restoration is astonishing.

Network's journey of restoring the series is over a decade old, with Paul Vanezis having spent many years cataloguing the various cans of film which contribute to not only the finished episodes of the series, but various cut and uncut versions, and additional footage (all of which can be found on the new Network set). Through Paul's determination, and Network linking up with the Gilliam family, Network's restoration team, headed by Jonathan Wood, set to work at the beginning of this year. Sequences such as the famous 'Dennis Moore' sketch have never looked so good, as this split screen shot of 'before and after restoration' exemplifies. 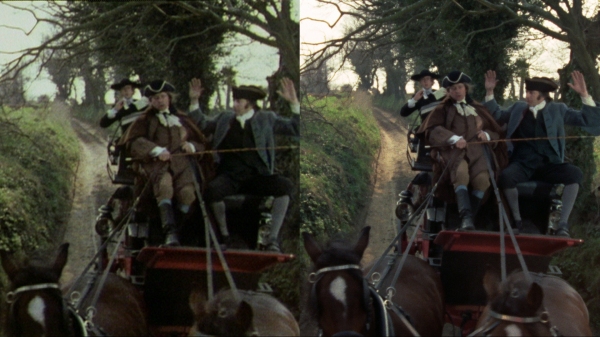 Not only have the original film elements been tidied up, frame by frame, by Jonathan Wood and his team, but also video elements including the opening sequence, which has never looked as beautiful as it does now, with Terry Gilliam himself commenting that it now "looks like I intended it to look". 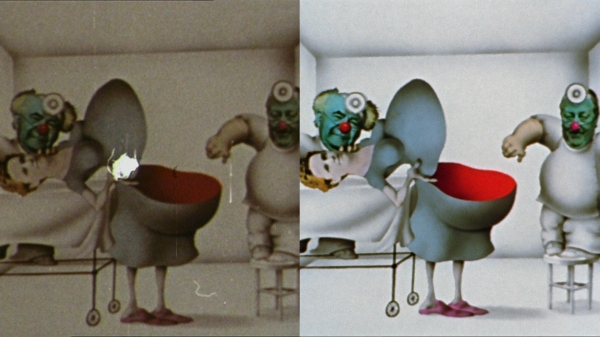 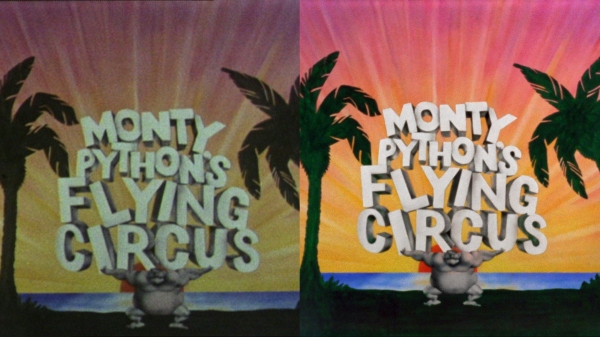 The new complete Monty Python set, packed with extras, is available from Network's website HERE. TUW would like to take this opportunity to publicly thank Tim, Jonathan, and everyone at Network for the wonderful work they do restoring these classic series, including 'The Prisoner' which can be purchased on DVD and BluRay HERE.