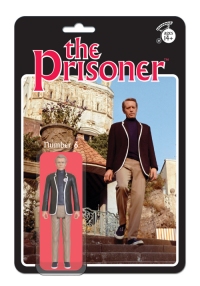 TUW is very excited to confirm that for the first time EVER, a series of officially licensed action figures based on 'The Prisoner' has been created!

Produced by Wandering Planet Toys, the figures are fully licensed by copyright holders ITV and mark the first time since the series was filmed 55 years ago that an official range of figures have been made available.

A number of Number Six figure variants have been announced (including an incredible 'Rover Clamshell' design) as well as two sets based on particular episodes ('Free for All' and 'Schizoid Man').

As tooling, production, and licensing costs are high, the figures are subject to a campaign on Kickstarter with the simple message that only with a good amount of pledges can the project come to fruition.

Writes Gavin Hignight of Wandering Planet; "I'm a huge fan of classic TV fan, but somehow The Prisoner had escaped me until recent years.  Upon watching it, and as I started to get into it I just couldn't believe toys didn't exist."

Here are the details regarding some of the various variants which will be available:

NUMBER 6 KICKSTARTER-EXCLUSIVE "ARRIVAL" EDITION features the Prisoner's all-black outfit, as seen in the episode Arrival and in the opening credit sequence of each episode. 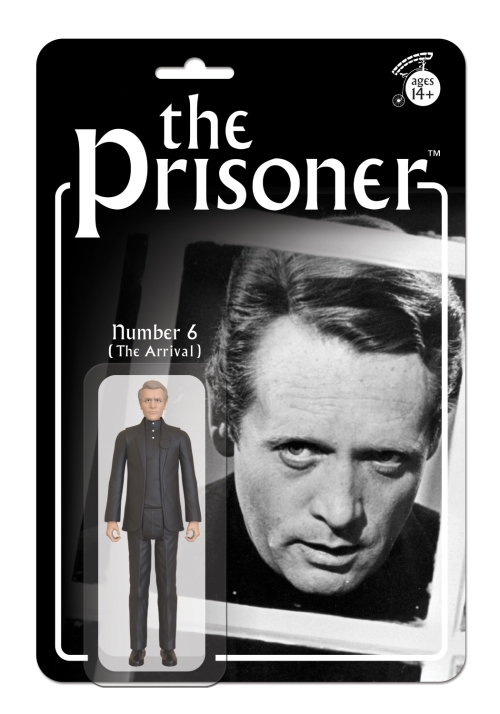 NUMBER 6 "CHECKMATE" EDITION. This edition of NUMBER 6 figure sports the multi-colored cloak worn in during the living chess game in the episode "Checkmate" complete with the chess staff. 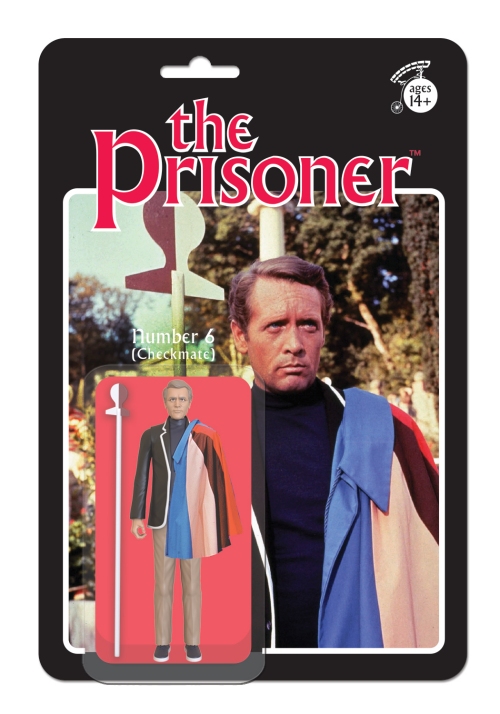 NUMBER 6 - LIMITED EDITION ROVER PACKAGE. No discussion of THE PRISONER is complete without mention of the Village's spherical guardian and menace, ROVER. In order to evoke the iconic moment of NUMBER 6 pushed up against the gelatinous side of the guardian, Wandering Planet Toys has created a Limited Edition plastic packaging unit depicting our hero in the belly of the beast. This package is a resealable clamshell so the figure can be removed for display, then reinserted. 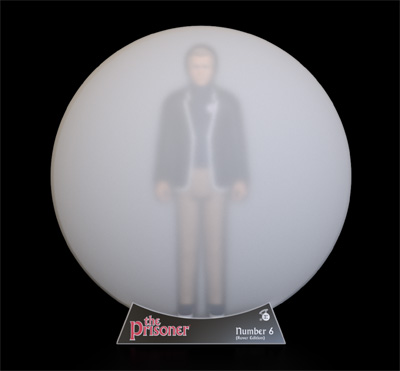 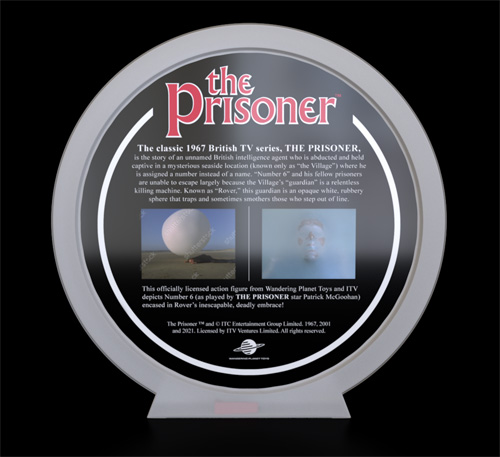 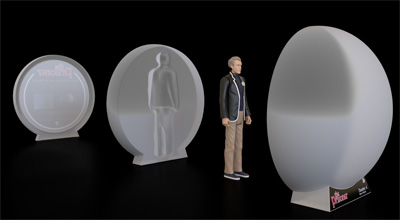 Writes Gavin Hignight; "There is NO WAY we can make figures and not include Rover in some capacity. That is always the first question, Are you gonna make that white ball?"

"FREE FOR ALL" TWO-PACK SET. This 2-figure set features NUMBER 6 and NUMBER 2 (as played by Eric Portman). The accessories include NUMBER 6's hat, bullhorn and election poster from the episode, as well as phones from NUMBER 2's office. 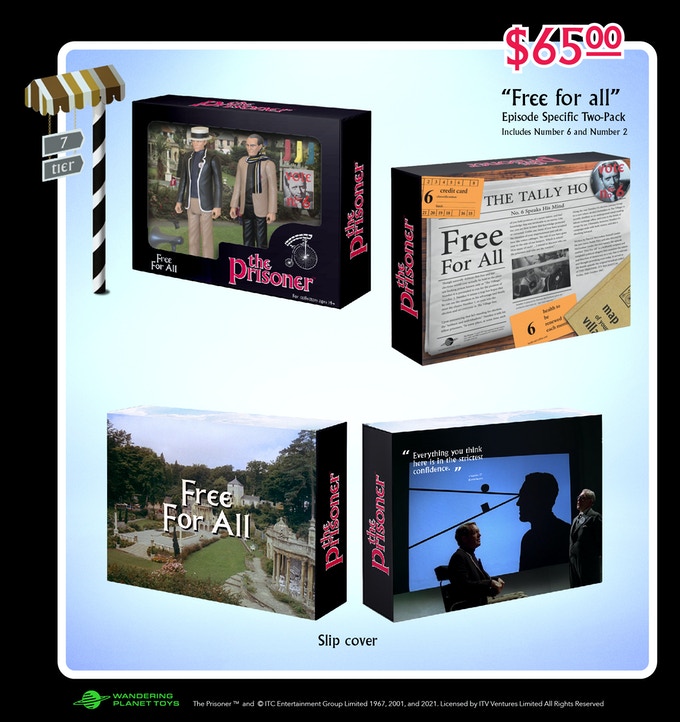 Writes Gavin Hignight; "For me, upon first watching, FREE FOR ALL is where I really started to understand what The Prisoner was about. OR what the Prisoner is NOT about. How it is unlike any other TV series ever made."

"SCHIZOID MAN" TWO-PACK SET. This 2-figure set features NUMBER 6 as well as his doppelganger NUMBER 12 (also played by Patrick McGoohan, but with a color-reverse white jacket with black piping). The accessories include two fencing foils, two fencing helmets, and two marksman pistols, and miniature versions of NUMBER 24's psychic testing "Zener cards", so that you can hold your own contest to determine which figure is the real NUMBER 6. 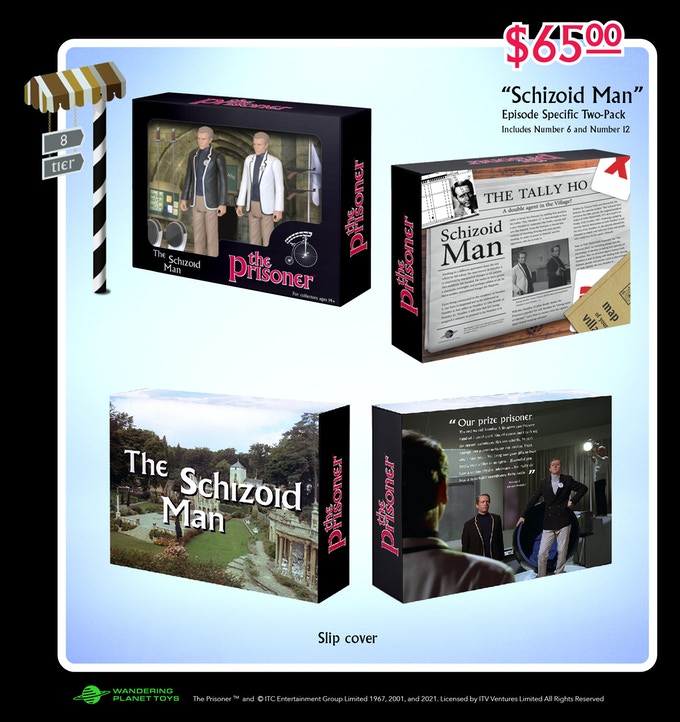 Writes Gavin Hignight; "HOW AMAZING is Patrick McGoohan playing off himself as two characters. He's a master. We had no choice but to honor that in action figure form."

The Unmutual Website would like to congratulate Wandering Planet on their efforts. More updates regarding the Kickstarter and figures will be posted at TUW as soon as they become available.