PM2006 was a one-day celebration of Patrick McGoohan, "Danger Man", "The Prisoner", and Portmeirion, held in Portmeirion's Hercules Hall on Sunday August 13th 2006. The event included interviews with star guests, archive screenings, and much more. The event was in aid of Ty Gobaith Hospice for terminally-ill children. A full report on the event can be seen HERE.

The event received quite a lot of reaction from the media/press, and a selection is presented here.

Firstly, on Thursday August 10th, guest Robert Monks was interviewed for BBC Radio Wales. He was then interviewed again, along with PM2006 co-organiser Rick Davy, the morning of PM2006, for the same station from their Penrhyndeudraeth studio about the event and his involvement in "The Prisoner".

Before and after the event, several Wales-based newspapers covered the event. Here is a selection. 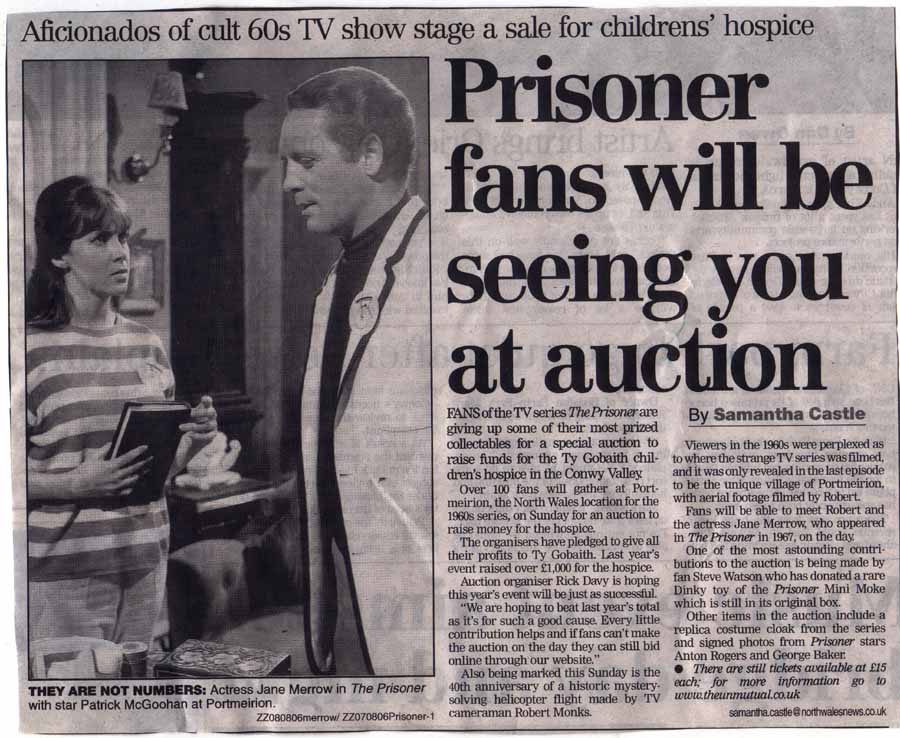 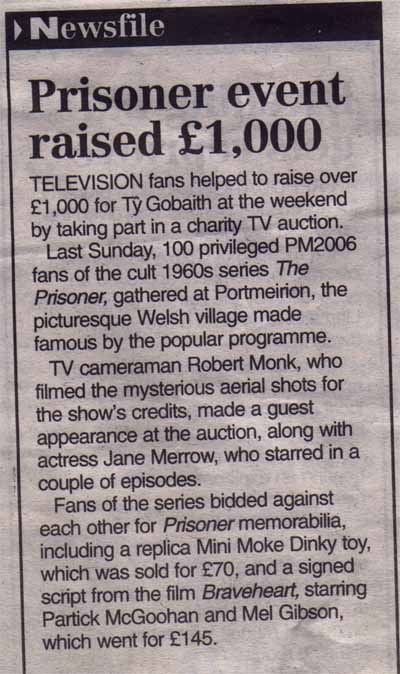