With the venue opening specially for the event, Prisoner fans from far and wide (including two attendees from Canada) met at The White Hart pub in East London for Leslie Glen's Mind Mash seminar. The event kicked off with Leslie running through the timetable of events before handing over to Peter Dunn for the first of the day's discussions. 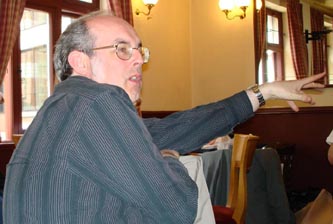 Peter's discussion was as lively as ever, with the attendees finishing up feeling that The Village were in some ways less vindictive than Number Six! Then followed Leslie Glen's "Prisoner Interrogation" quiz, with a Treasure Planet DVD up for grabs. Despite not winning the quiz, attendee David Watson was presented with a framed event programme by Leslie as a "well done" for his efforts on ITV's "Britain's Got Talent" the previous week. 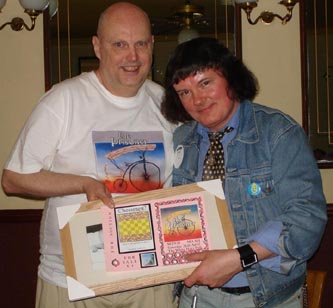 Up next was Dave Lally with his memories and anecdotes regarding Prisoner Coachabouts over the years. 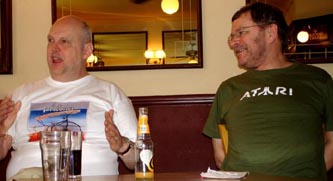 After enjoying a wonderful buffet lunch in the pub, Darren Stokes' alternate vision of "Arrival" was screened. Many people had not seen Darren's unique interpretation of The Prisoner's opening episode and the assembled throng were laughing their socks off at it. It was extremely well-received, and deservedly so. 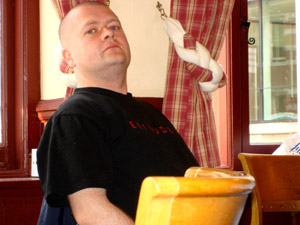 Following on from the hysterical mayhem of Mr Stokes' contribution, a more sedate appreciation of Jan Davis' fabulous pictures of Portmeirion and Sir Clough's childhood home were savoured. Jan is a fabulous photographer and her efforts were fully appreciated by the attendees.

The Atomic Cafe, a 90-minute satirical documentary on the development and deployment of the Bomb was watched intently. It reminded everyone that the atomic age of the 'Forties, 'Fifties and 'Sixties was the world in which The Prisoner was conceived and created. (The final episode, "Fall Out", bears more than a passing resemblance to the world of Cold War paranoia.) Simon Wells then cheered us all up with his accomplished musical pieces. As always, Simon went down a storm with everyone. 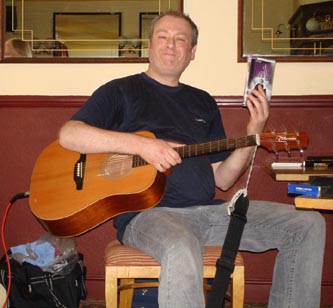 Finally, the raffle draw took place and EVERYBODY won a prize or three. You can't get better than that! 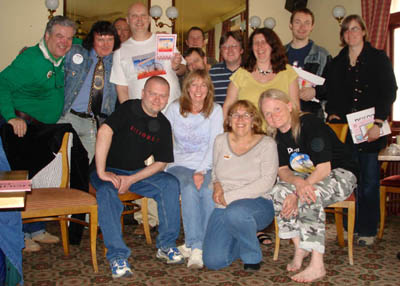 On Sunday an enthusiastic gang as always arrived at Marble Arch for the second of the year's annual Prisoner walking tours, hosted as ever by Dave Lally. 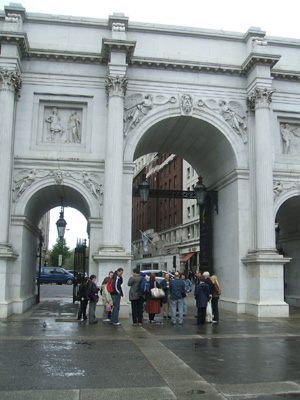 All the familiar sites from The Prisoner in London were visited, some for the first time by some attendees. 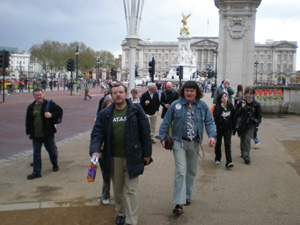 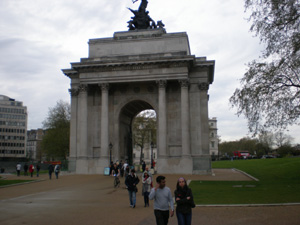 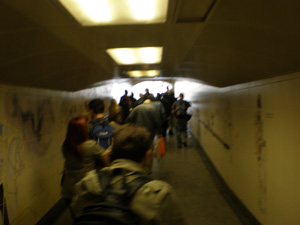 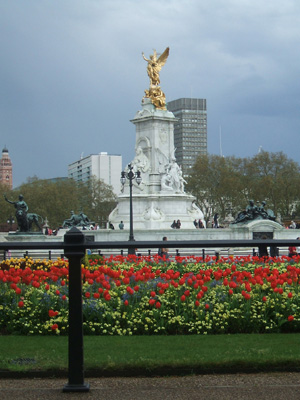 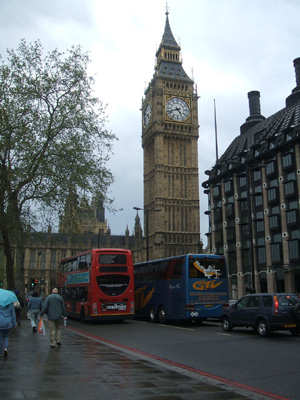 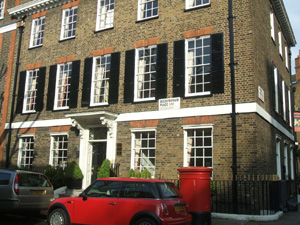 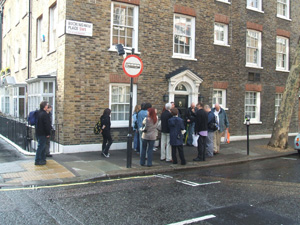