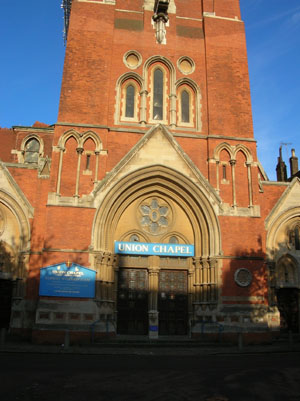 We were delighted to have as a special guest Vincent Tilsley, who wrote "The Chimes of Big Ben" and "Do Not Forsake Me Oh My Darling" as well as episodes for many other television programmes. 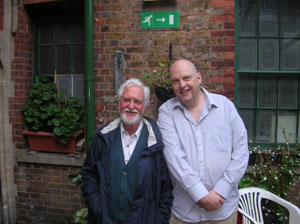 Due to Tube chaos, I arrived slightly later than the 11am start time. Peter Dunn had already started his discussion on comparing the behaviour of Number 6 and Number 2 in each episode to various politicians both current and historical. I must admit, at times I felt my own political knowledge was too weak to contribute to the discussion, but several interesting parallels were drawn, and several instances of current political events mirroring Prisoner episodes were found!

Then followed a screening of the Dangerman episode "The Not So Jolly Roger" with an ad hoc live commentary from Dave Lally, followed by a lunch break.

After lunch, Janet Davies showed us a short video of pictures from past Prisoner conventions and more recent images of Portmeirion.

Following another food break, Leslie Glen interviewed Vincent Tilsley about his life and career. Vincent talked at length about his early work, and his recollections on the difficult relationship between George Markstein and Patrick McGoohan during the making of the Prisoner. He also candidly described the darker period in his life following the Prisoner, before he re-trained as a successful psychotherapist. 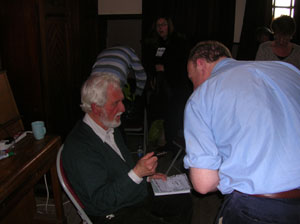 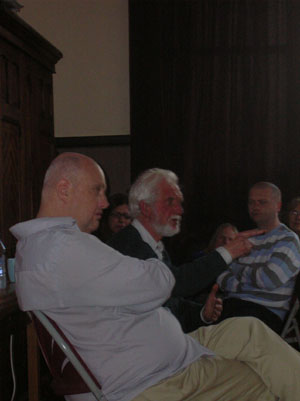 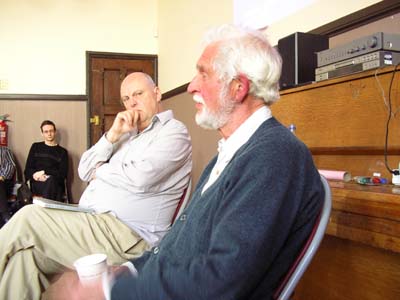 Vincent described his latest project, a re-interpretation of the Nativity Story, which led to a fairly heavy discussion on the true nature of "God"!

We then viewed a featurette with Eric Mival and his Music Bible, followed by Peter Wyngarde´s The Pink Prisoner. These two "shorts" were screened with the kind permission of Network.

The raffle was then drawn, with many prizes up for grabs. A special thanks must go to Janet Davis and Darren Stokes for generously donating some prizes. And a thank you also to Dave Lally for selling the raffle tickets and programmes and entry tickets.

To round off a facinating day, Simon Wells entertained us with some renditions of some 1960's classic songs and, of course, "I Helped Patrick McGoohan Escape". 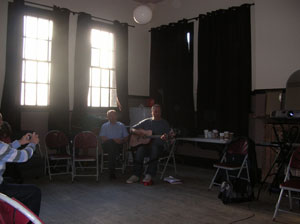 Vincent's book can be found by searching "tilsley holy night" via THIS link.

Writes Leslie; "I wish to thank everyone - especially Mr Vincent Tilsley - who turned up and supported the event and to all those who took an active part in the Prisoner Mind Mash proceedings. Thanks also go to the Union Chapel, Islington, north London, for allowing us to hold the event at their premises. Sadly, no money was donated to the children´s hospice because I was personally out-of-pocket". 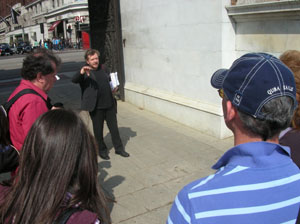 It was a glorious Sunday afternoon, and I am always surprised at the turnout for this event - especially the number of new people. 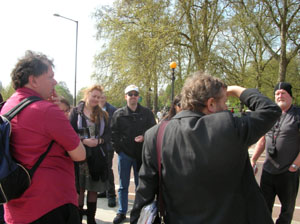 After the usual introduction, Dave took us to the "resignation corridor", which took a different route this time as the way was partially closed off for refurbishment.At the "famous double doors" (which link Marble Arch tube station to an underground car park) many of the walkabout virgins recreated that part of the opening titles. This apparently roused the interest of the car park security guards, who interrupted us at the ticket barrier (from the Arrival titles) and told us that "permission was needed"! 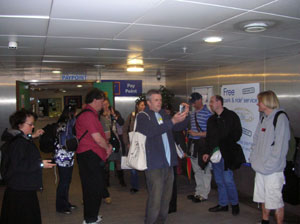 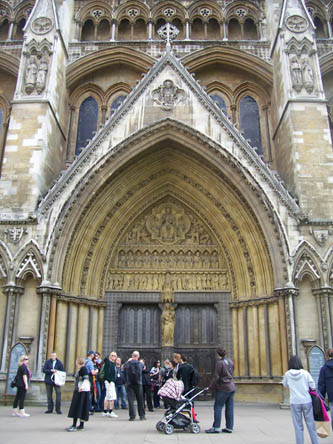 Throughout the rest of the usual route, many in our group seemed to take an extra keen interest - no doubt enthused by Dave's energetic pace. 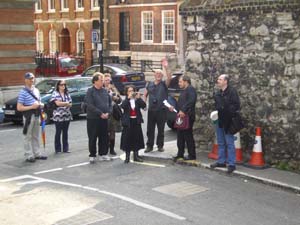 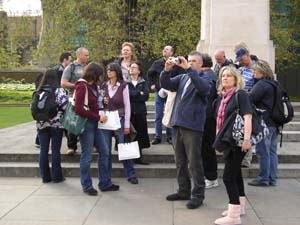 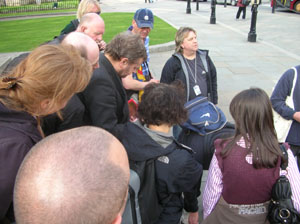 A lovely touch was, when we reached 1 Buckingham Place, a fan had parked his Prisoner-style Caterham Seven outside, and we all agreed it provided a perfect ending to a great day. 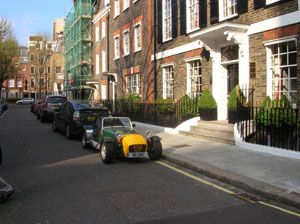 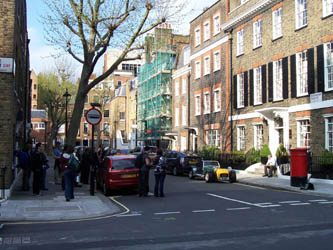 As we were heading off to Pizza Hut for the traditional post-walkabout feed, some of the residents from Buckingham Place came outside to see what was going on. They provided some interesting background on the street itself, and were well aware of their house's appearance in the series - which they still seemed quite excited about. They even expressed an interest in the new series, and asked our opinions on it!