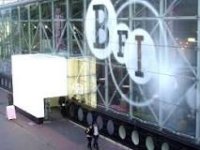 Review by Robert Fairclough, reproduced from http://rob-fairclough.blogspot.co.uk/2013/09/bfi-southbank-patrick-mcgoohan-overview.html with his kind permission.

August at the BFI can be a quiet time. Therefore it’s ideal for staging a season a bit out of the ordinary. Such was the case with Patrick McGoohan: A Genuine Original throughout August this year.

Tucked mostly into early evening screenings ahead of the director’s cut of Heaven’s Gate or a retrospective on Satyajit Ray, here was an opportunity to see one of British entertainment’s largely forgotten nonconformists. Having said that, McGoohan certainly hadn’t been forgotten by the audiences who turned out in healthy numbers for each screening – particularly in the case of Danger Man and Ice Station Zebra – giving the lie to the belief that the middle of the summer can be a dead time for the BFI.

A Genuine Original was all that is great about the BFI. As well as charting McGoohan’s development as a screen actor, there was the chance to look back at a time when England had a thriving film industry (Hell Drivers, All Night Long) and a commitment to an extraordinarily diverse range of single television plays (Brand, Armchair Theatre). The appealingly specialised nature of the BFI was most evident in the evening presentation Patrick McGoohan and The Prisoner: Oddities and Rarities, the centrepiece of the festival put together by media historian Dick Fiddy.

If McGoohan is known for anything by the mythical man in the street it’s The Prisoner. The series’ continued afterlife is as much to do with its pop art stylisation – the giant Rover balloons, the penny-farthing insignia, the Mod fashions, its Ken Adam-inspired production design – as its anti-establishment credentials. The Prisoner was ready made for plundering by advertising agencies, retrospective TV specials and cult TV merchandisers, examples of which were all showcased by the programme of highlights Dick put together. (The only downside was the gaps between clips that you could have bounced a Rover through, but apparently these were unavoidable due to the copyright requirement that the clips be kept separate).

Oddities and Rarities looked forward as well as back. There was an interview with Paul Gosling, the talented writer/producer behind the impressive new stage play Magic Number 6, about McGoohan's sometimes fractious relationship with his benefactor Lew Grade, which was due to make its Edinburgh Fringe debut, as well as Tony Sloman (interrogated by long-time Prisoner enthusiast Dave Lally), who worked as film librarian during the turbulent production of The Prisoner.

Sloman’s anecdote highlighted how intimidating and roguish McGoohan could be, attitudes also evident in the unseen footage from the interview with him shot for the 1983 Channel 4 documentary Six into One: The Prisoner File (kindly supplied by Network DVD, who happily now have the rights to release it). He could be heard offscreen talking to two young women who’d overheard his interview. ‘Is it like the James Bond films?’ one enquired of The Prisoner. ‘Oh no, I haven’t got the talent to write those,’ McGoohan replied with an audible twinkle. ‘I haven't got the talent.’

A Genuine Original’s other strength lay in showing what a great, effective actor McGoohan could be when he was reigned in. With a weak director or weak script he could be a terrible old ham. Unfortunately, all three were the case on the early Danger Man episode ‘The Lonely Chair’, in which he impersonated – very loudly – a bad tempered, wheelchair-bound millionaire. Fast forward to The Quare Fellow, the 50-minute Danger Man episodes and Ice Station Zebra, and the power of his minimal dialogue and remarkably expressive, silent facial re-acting demonstrated what set him apart from his contemporaries Stanley Baker, Roger Moore and Sean Connery.

As ever in the BFI’s clubbable, friendly atmosphere, there were chances to meet up with fellow McGoohan enthusiasts and celebrities who had turned out to celebrate his career, notably Fennella Fielding – the voice of Village radio in The Prisoner – who appropriately enough now has her own internet radio show.

Over in the BFI Shop they were selling DVDs of The Quare Fellow and copies of the quiz book The Prisoner Interrogations. Considering McGoohan’s film career and public profile peaked in 1968, in the twenty-first century the old rebel isn’t doing too badly.