One of Patrick McGoohan's earliest screen appearances was in an uncredited role in the classic war movie, 'The Dam Busters'. The film, which starred Richard Todd as the bomber pilot hero from WWII, Guy Gibson, marked its 60th birthday in 2015 with a special event hosted by TUW's friends at Elstree Screen Heritage, at the soon to be demolished Ark Theatre in Borehamwood.

The evening kicked off in the foyer, with an appearance from the local 617 squadron re-enactment group, and along with the 1940s music playing, gave the event a real 'wartime feel'. 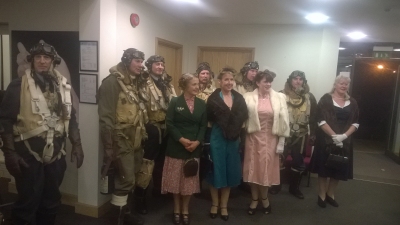 In the Ark bar, there was a also a display of items related to the film, and the squadron. 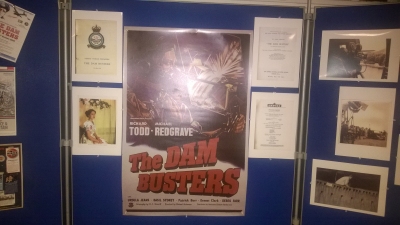 Paul Welsh of Elstree Screen Heritage kicked things off in the main auditorium, with an amusing and heartfelt speech regarding the film, including reading out a letter from Michael Anderson, the director of the film (who is now living in Canada at the age of 91) about the dangers of filming with the Lancaster bomber aircraft. Two crew members from the movie were in attendance. 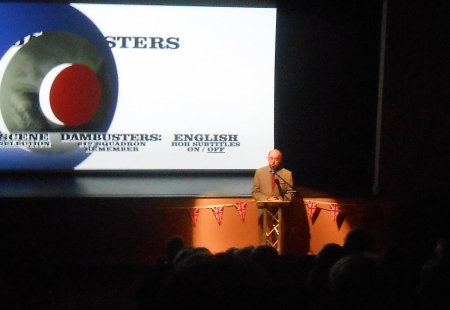 The film stands up remarkably well, with even the effects not looking too shabby despite them being made before the days of CGI and computer effects. The film is certainly of its time, but is still an incredibly moving piece, which is as much to do with the futitility of war as it was about celebrating the fantastic achievements of those involved with the mission.

As for McGoohan, well he has two moments on film, the second one line to Gibson's dog, and so it is a 'blink and you'll miss him' appearance, but it was still great to see the young man on the big screen, in one of the best and most important movies ever made.