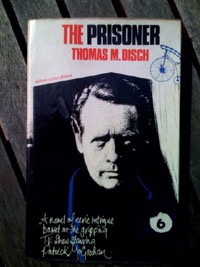 I have read this novel several times, mostly in the early 1980’s. Back in those days this book was my only link to ‘the Prisoner’ television series, and so once I had taken the book out of the library for two weeks, I would take it out immediately again and re-read it.

Based on the 1960’s television series ‘the Prisoner,’ the late Thomas M. Disch did incorporate some impressions from the series. The first being when No.6 manages to escape the Village. Chapter ten proceeds much in the style of ‘the Prisoner’ episode ‘Many Happy Returns’ with the characters of the Colonel and Thorpe to whom the Prisoner has gone running back. But then there is the sudden sound of gas, and I did like the idea of the Prisoner known as No.6 who has been recaptured before he had even escaped! The novel contains some interesting ideas, such as “Granny,” an old woman, turning out to be No.1, and in turn an android! No.6 becomes No.2 and finally meets No.1. For me there is one important thing lacking in this novel, and that it is devoid of any physical description of the actual Village. However the escape of Number 6 was ingenious, by the aid of a steel cage, thus being able to fend of the attacks of the Village Guardian!

Although this novel is not a great work, it is the most re-printed book of any novel based on ‘the Prisoner.’ First published in America in 1969, then in Great Britain in 1979 by Dobson Books, and re-printed numerous times after that until the most recent re-print in 2010 when Penguin Books acquired the rights to publish the novel. This to me seemed a very strange thing to do, when one considers that at best it is a mediocre novel, and one that has never been a best seller.

Penguin Books gave the book a new cover, and added the image of actor Ian McKellen as Two, thus in an attempt to affiliate this late 1960’s novel with the new series of THEPRIS6NER, seemingly in order to “cash in” because of the 2009 series. But the novel has absolutely nothing in common with THEPRIS6NER, and using this cover is, in my opinion an attempt to mislead. 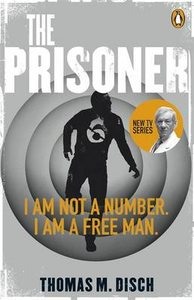