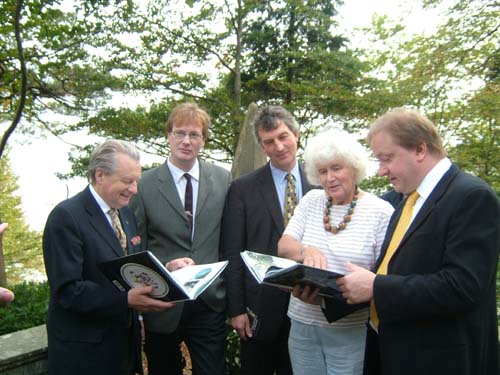 Mark Eastment, Robin Llywelyn & Jan Morris each gave a short speech, Jan Morris talked about her close friendship with Clough, having known him for almost 50 years, and said that although she, like Clough, was an agnostic, she knew that he was enjoying the event. 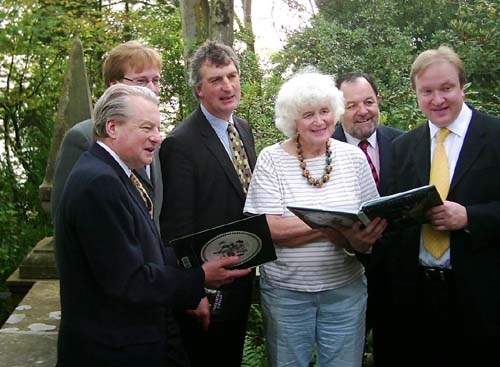 Robin announced that following several years of negotiations with the relevent planning authorities, he had just received that day the planning approval for the restoration of the quay area.

Following the preview of the new Portmeirion documentary & a buffet lunch we all marched off to the Gwyllt where Susan Williams-Ellis unveiled a plaque alongside the new gazebo "Flora", which she designed. 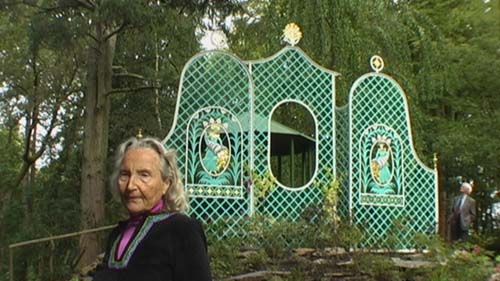 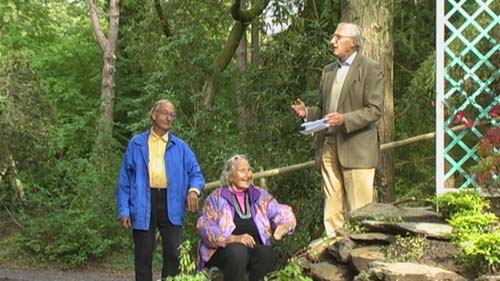 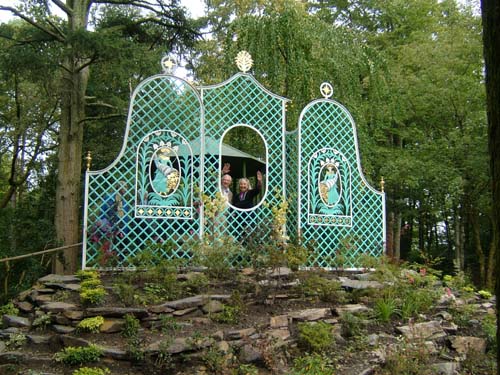 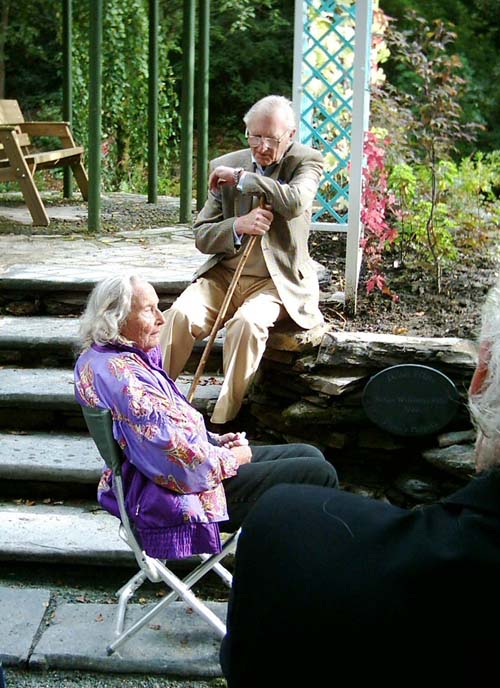 The book has been delayed at the printers in China but a limited number of advance copies were available on the day as well as being on sale in the Golden Dragon Bookshop. The official publication is the end of October.

My overall feeling is that this is a book well overdue. The production quality of the book is excellent and well worth the £25 price tag. It is profusely illustrated, many of the colour photographs have been taken especially for the book. There are a considerable number of archive photographs including pictures of Aber Ia before the first World War, the building of the Town Hall, Amis Reunis in the late 1920's etc.

The filming of "The Prisoner" is covered, along with other notable celluloid appearances for the village such as "Danger Man" & "The Inn of the Sixth Happiness".

Informative chapters copiously illustrated on the pottery, gardens and buildings complete the volume. It would be difficult not to produce a beautiful book about Portmeirion when you consider that it is probably one of the most photogenic locations anywhere in the World, the contributors and publishers have excelled themselves on this occasion in producing a well rounded account of Sir Clough and his beloved village.

Portmeirion a new BBC documentary celebrating 80 years of the village.

This 25-minute documentary produced by Sioned Morys (daughter in law of Jan Morris) relies on the narration of the only person who is fully qualified to carry out the task, Clough himself.

Sioned has researched the sound archives to find both familiar and, to many, unheard snippets of Clough talking about his architectural beliefs and uses these to present a tour of his life and the buildings he created.

Using breathtaking brand new aerial photography, astonishing early footage and Pathe news archive the images are seamlessly edited together to give a fresh new insight into the man and his work. There is a contribution by Jools Holland and a whistle stop tour of his London garden where he has attempted to recreate the Portmeirion effect.

Although much of the archive footage is familiar it does seem to have been reinvigorated by the use of imaginative editing and I am sure that everyone will find clips of sound and vision which they have not seen or heard before. I have no date for the transmission, I understand that it will probably be shown on BBC 1 or 2 Wales first and will then receive a screening on one of the BBC's network channels.