PLEASE NOTE THAT THIS DVD IS OF AN EXPLICIT ADULT NATURE. THEREFORE, THIS REVIEW CONTAINS LANGUAGE UNSUITABLE FOR YOUNGER READERS OR THE EASILY OFFENDED.

Well someone had to review it didn't they?! 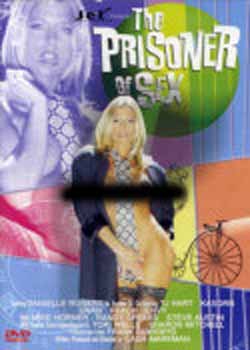 The film is of US origin and is about 50 minutes long. It was made by 'Covert productions' (601??) :) Has topless girl on front cover and a penny farthing.

He drives home but is tailed by a black car. Inside his flat packing he gets gassed. Wakes up in The Village already wearing a Number 69 Badge. Instead of the splendour of the real Village, this looks like someone's back garden.

He then meets number 3 (not 2!) who runs the place. He is wearing a red blazer and stroking a cat??. He has a chair but an oval shape. He shows 69 the surveillance equipment and they spy on a couple of ladies having some 'girl on girl' action!. Then a fat bloke enters and ruins the whole scene. A cameo from Sharon Mitchell (Ex star who now directs) saying there was no escape for 69 while staying fully clothed .

To sum it up: Awful quality, tame sex scenes, and a lot of Ham acting. Also is 'any region' so is quite handy. But essential for all Real Prisoner fans who wanna laugh !