Review and photos (c) and by Nick Joy of
https://scifibulletin.com/live/review-danger-man-and-the-prisoner-london-locations-walkabout-tour/ .

Having been a fan of The Prisoner since the early 1980s, and more latterly discovering Danger Man, it has always been on my bucket list to visit the London locations featured in the shows’ opening credits, so I finally made it happen – and I’ve no idea why it has taken so long!

Presented by Dave Lally, and supported by Unmutual website’s webmaster Rick Davy, these tours have been running since 1996, and there was at least one chap in our group who has regularly attended as an annual pilgrimage. Meeting at Victoria Rail Station for the morning tour, Lally piqued our interested by showing an original dog-eared script for Do Not Forsake Me Oh My Darling, complete with call sheets. It’s a fascinating relic and was casually carried around by Dave in his bag – I wanted to preserve it immediately in a case!

The morning’s tour focused on Danger Man, featuring a visit to Drake’s residence, various street scenes from episodes Fair Exchange and Don’t Nail Him Yet, while also noting Simon Templar’s residence from Return of the Saint en route. A short ride on a red bus (you aren’t allowed to run behind and jump on with your diminutive butler these days) and we arrived at Marylebone Station, where we found Drake’s Washington office building (“Every government has its secret service branch”). Situated amongst some lovely Art Deco buildings, the building is a bit of a concrete monstrosity, and I imagine that no-one else was taking pictures of it that day. 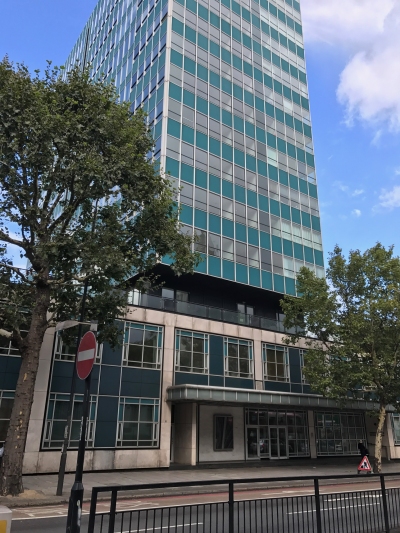 The afternoon tour is all about The Prisoner, starting underneath Marble Arch as we see follow the newly-escaped McGoohan from the end of Many Happy Returns. And then it’s under the road to enter the tunnel that leads to the underground car park where our hero parks his Lotus. The corridor that he storms down before bursting in to his superior’s office is little-changed in 50 years, and unless you were staying in the car park (£6 an hour!) you wouldn’t be able to access it. Into the main car park you can see where McGoohan grabbed his ticket from the machine and drove across. As an added bonus you can covet the many Rolls Royces, Maseratis, Bentleys and Porsches that populate this luxury car park. 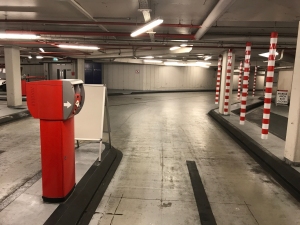 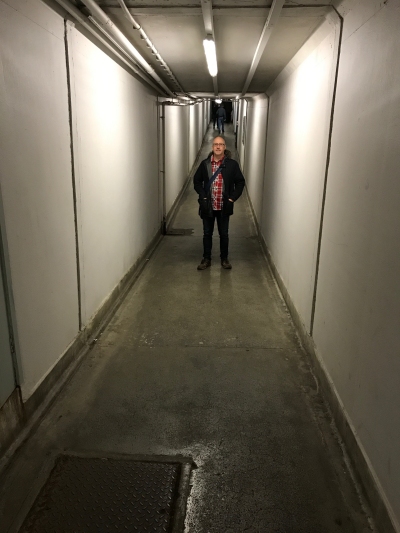 You might be forgiven for thinking that this is the same car park that the Lotus drove into, but this is one of those cases where a different exterior is used to the interior. Indeed, the car park entrance/exit that the retiring secret agent drives down is just across the road from Parliament, which has changed hugely since the show was made, for security reasons as much as anything. 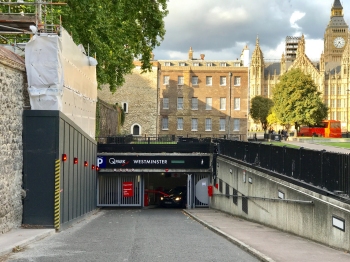 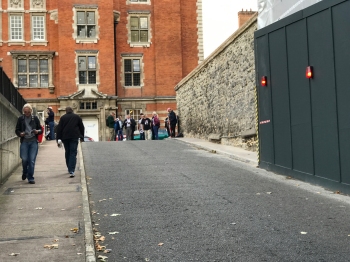 A short-cut later and we’re looking at Stag Flats, those skyscrapers that tumble around McGoohan’s vision as he starts to black out from the umbrella gas. 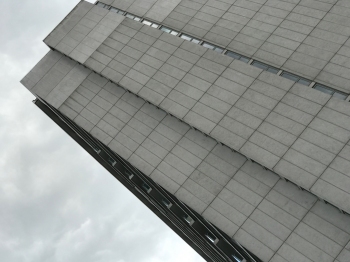 Then we turn the corner into Buckingham Place and here’s the money shot – Number 6’s residence, where he parked up unaware that a hearse was following, ready to abduct him. The door colour and shutters have changed and the premises now house the Royal Warrant Houses, but it’s still unmistakably that classic TV location, just a stone’s throw from The Other Palace Theatre. 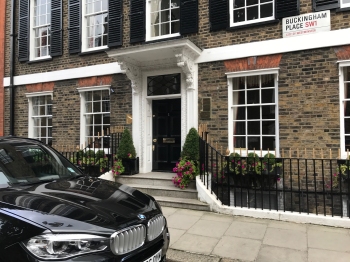 The Danger Man tour is merely the hors d’oeuvres to the Prisoner tour – a fun 3.5 miles walk that takes in over 20 different locations. You also get an enthusiastic and knowledgeable tour guide with a real passion for the subject, and a group of similarly-minded Prisonerds. If you have time, hang around for the post-tour meal.

For details of upcoming Prisoner-related walks and events visit

Verdict: It’s free for all (not a free for all), which is not only generous on the part of the organisers, but a great way to tick off those Prisoner and Danger Man locations you’ve always secretly wanted to visit. 10/10