Organised by Dave Lally of the London Prisoner Group, the London locations walkabout is always a well-attended and popular event and this, the second of the 2005 tours, was no exception. 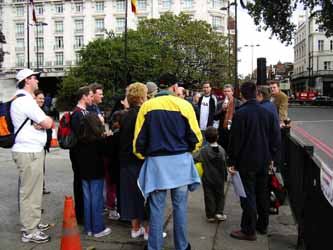 Around 25 people gathered at Marble Arch at 2.30pm on Sunday October 23rd for a whistle-stop walking tour of the remaining London-based Prisoner locations. For around half the attendees it was their first walkabout, and in many cases was their first time in London! 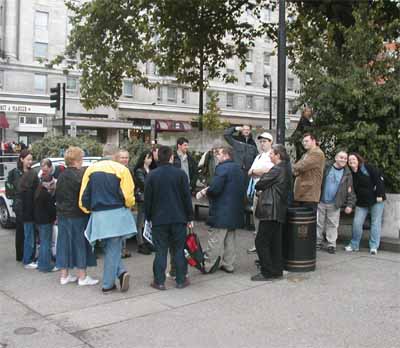 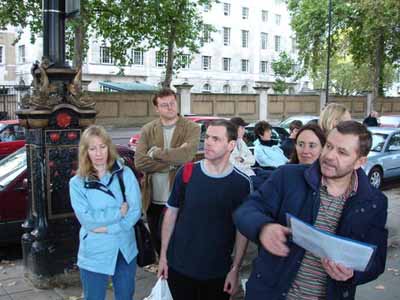 The day got off to an interesting start with a Ramadan celebration taking place under the arch (this reviewer thought for a moment that The Prisoner had a few hundred Muslim fans when he arrived). The revellers soon moved on and the tour began. 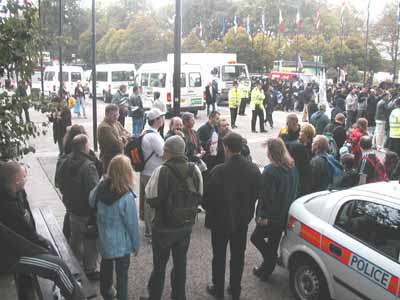 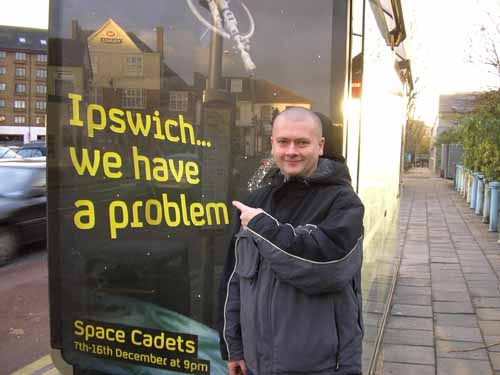 The weather was once again kind, and what was particularly pleasing to this reviewer was the attendance of families - proving that The Prisoner is a timeless series, appreciated by young and old - and a great time was had by all, helped no doubt by Dave's friendly yet informative style. 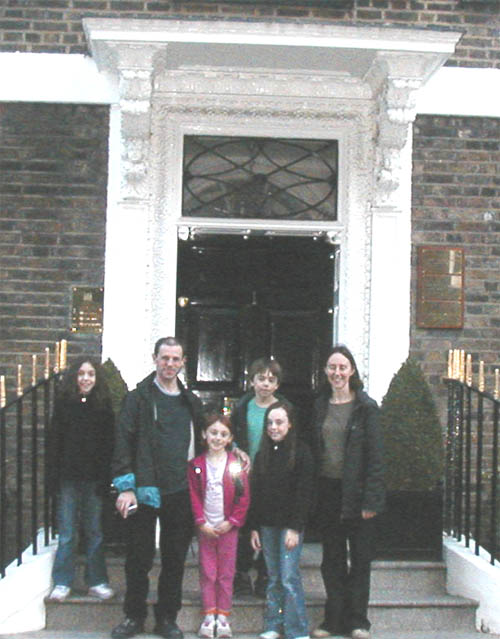 The Alexander-Barnes family at 1 Buckingham Place. 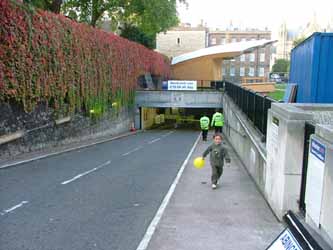 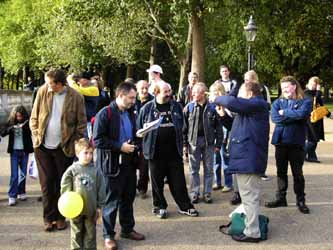 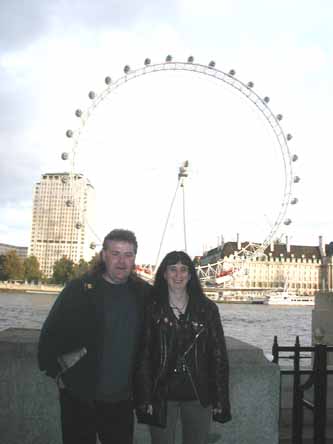 Nicks and John at Victoria Embankment 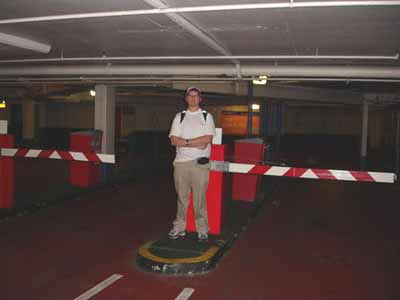 Mitch from the USA

Another pleasing aspect was the ease at which everyone mingled with each other, and there is no doubt that new friends were made as phone numbers, emails, and addresses were swapped by everyone throughout the afternoon. 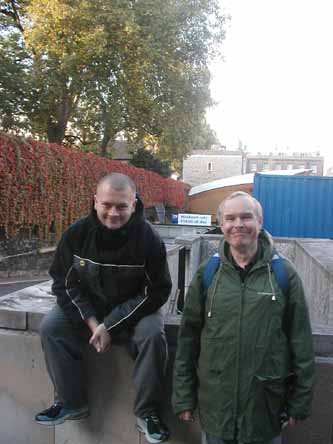 All the usual locations were visited, from Arrival to Fall Out via Many Happy Returns and Do Not Forsake Me Oh My Darling, with countless other buildings of interest, including those seen in other TV series such as "Doctor Who" and "Strange Report", pointed out by Dave along the way. 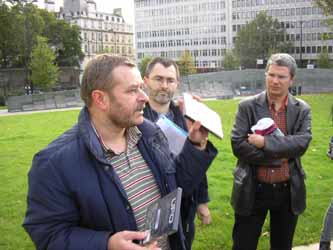 A nice added extra for everyone was a drive-past by the King of Norway, accompanied by Prince Charles and Camilla, Princess Anne, and Prince Philip whilst everyone took a break at the ICA building.

The advent of DVD also provided the event with a simple but effective "first", thanks to Richard Williams, of stills from the series handed round at each location to put them into the series' perspective. 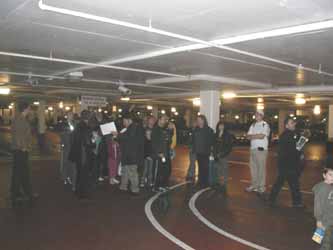 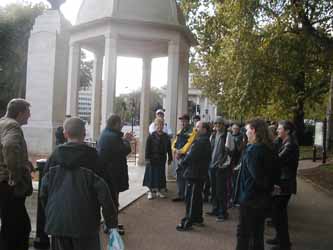 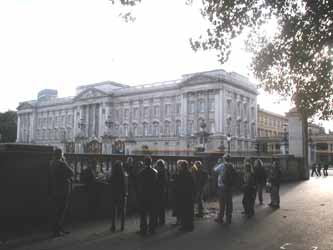 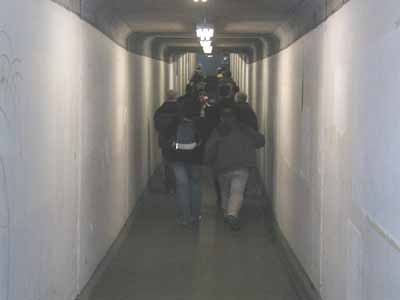 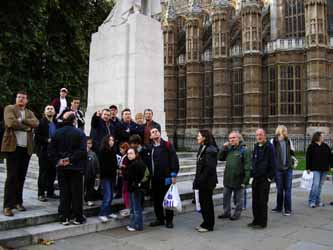 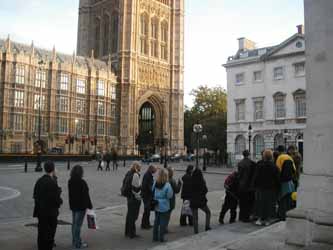 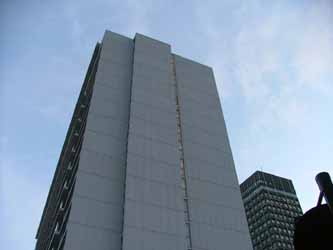 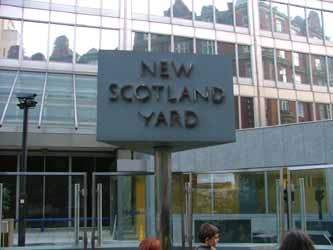 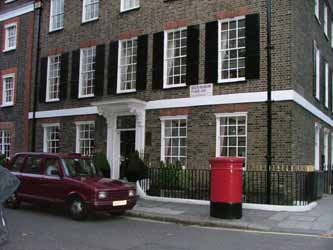 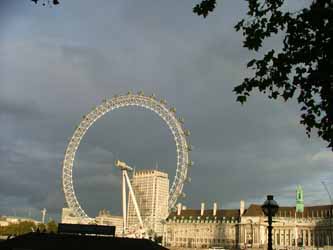 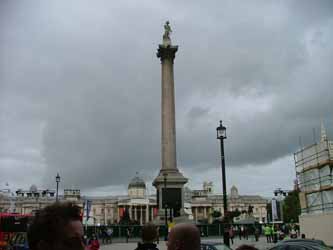 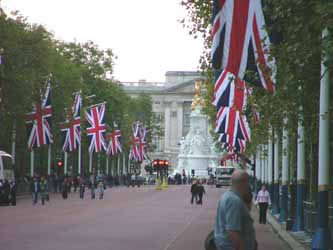 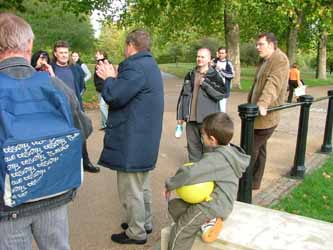 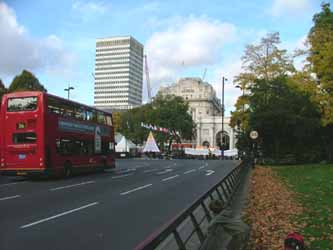 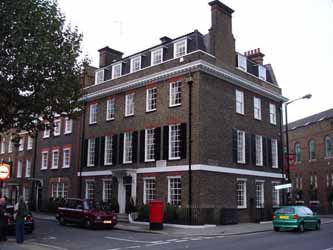 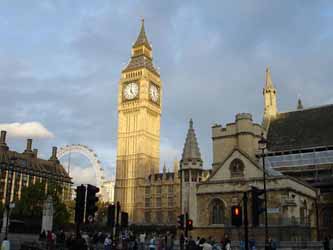 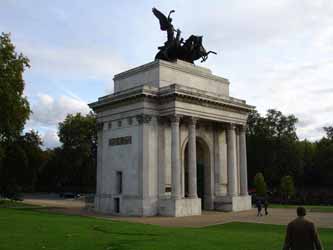 As is usual, the day ended up with the attendees commandeering half of Victoria's Pizza Hut for a well earned meal (especially with Greggs not open, much to Mr Dolemite's chagrin) and a drink before everyone made their way home. 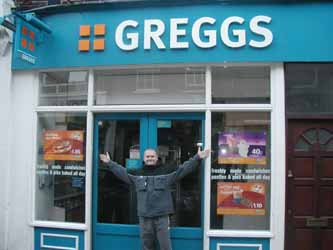 All images on this page are copyright Rick Davy, Mitch Nozka, or Richard Williams and may not be reproduced without prior written permission. If you attended the walk and would like some of your images included on this page, please contact us. Photographs and details of all the locations visited can be found in our locations guide.

Two walkabouts will be taking place in 2006, along with a coach tour of other locations. For more details of these and other events, keep a regular eye on our events page.