On October 29th 2006, over 30 "Prisoner" fans descended upon Central London for the second of the year's London Location Walking Tours, organised and hosted, as ever, by Dave Lally. Starting at Marble Arch (which appears in the episode "Many Happy Returns"), a crowd was already gathering before the allotted "kick off" time of 2.30 (perhaps several people had forgotten to alter their clocks the night before!). 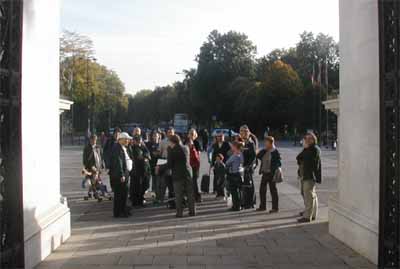 It was once again wonderful to see the event attracting such a range of folk, from all over the UK and indeed the World with a large family making the trip from the USA especially for the event, arriving at the Arch under the warm autumn sunshine. As always, this reviewer's, and several others', day started earlier at the Carpenter's Arms in Seymour Place for a drink and a bag of crisps before arriving at the arch to meet with friends old and new, before the tour went underway at 2.30 with Dave Lally giving a potted history of The Prisoner and its locations. 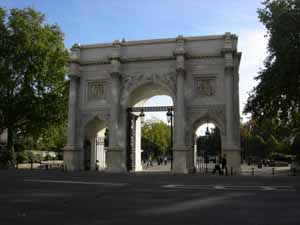 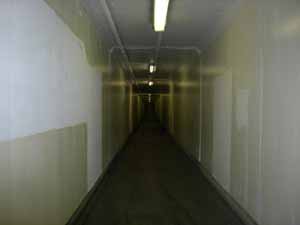 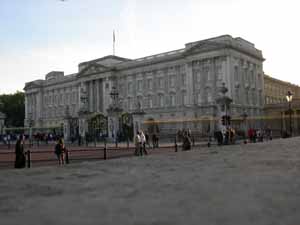 An unexpected but appropriate surprise was the sight, at Buckingham Palace, of a man riding a Penny Farthing Bicycle! 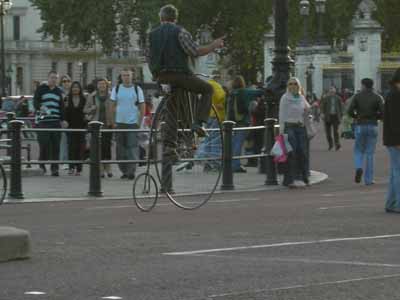 Dave Lally was, as always, on good form (especially when dealing with the hecklers), and his catchphrase of "You'll Miss It and it's Free" and attempts to catch out attendees referring to the Great Westminster Clock as "Big Ben" showed no sign of retiring. 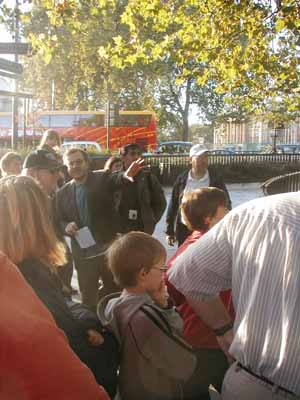 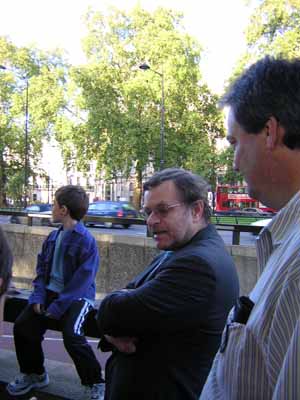 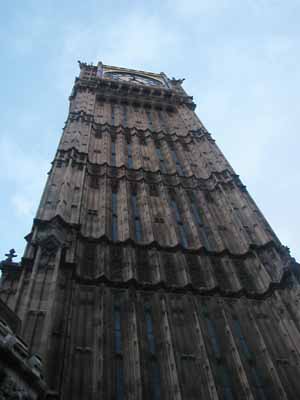 It was nice to see so many new faces on their first ever Walkabout, as well as regulars and some faces not seen at the event for over 12 years. 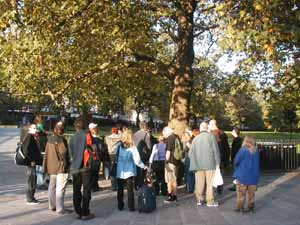 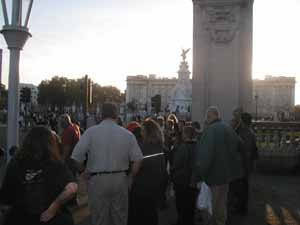 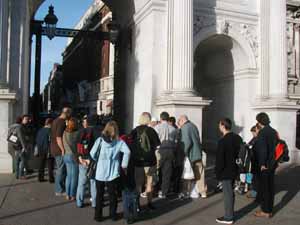 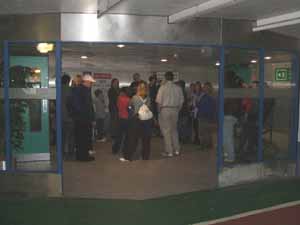 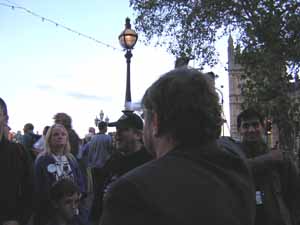 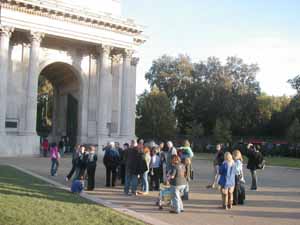 Locations from the opening sequence of the series were visited, alongside other locations from "Fall Out", "Do Not Forsake Me Oh My Darling", and "Many Happy Returns". 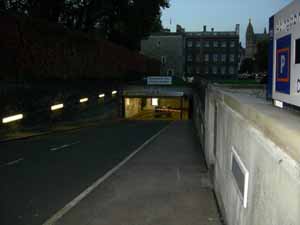 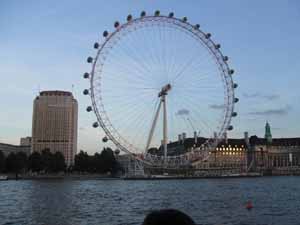 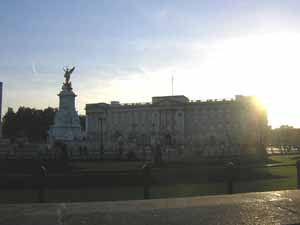 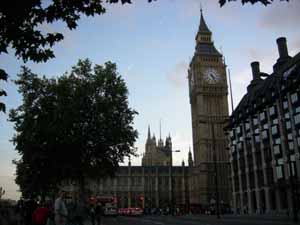 The tour culminated at dusk at Number Six's London home. 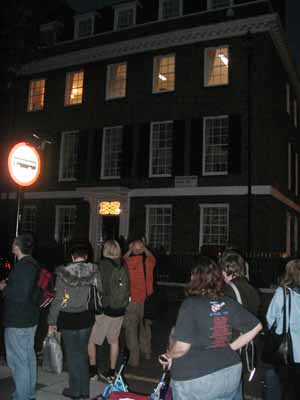 The day ended with the traditional comandeering of Victoria's pizza hut, followed by drinks at O'Reilly's. Thanks must go to Dave Lally for running the tour, and to everyone who came along and made the day so enjoyable. 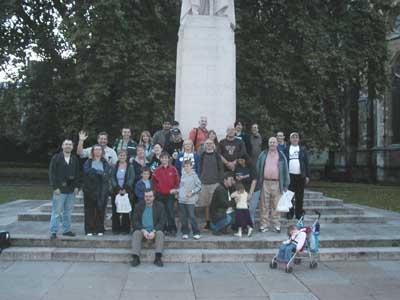