On 7 October 2007 I travelled to Marble Arch in London and met with 19 other Prisoner fans for the second of this year's Prisoner Locations Walkabout. There were many new faces, and it was a delight to see there's still sufficient interest in the series to draw people together to visit obscure carparks and back streets. 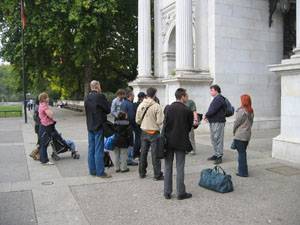 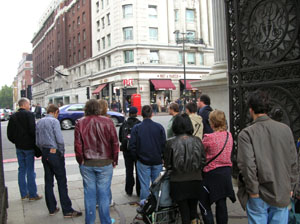 As ever, our guide was Dave Lally whose "gift of the gab" and experience of the walkabouts always makes for an entertaining and informative day. 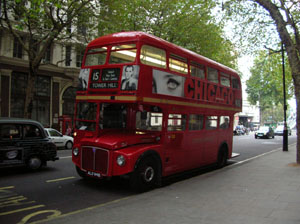 Whilst walking down the Mall, we encountered some rollerblading lessons and some of us remarked that a "rollerbladeabout" should be arranged. 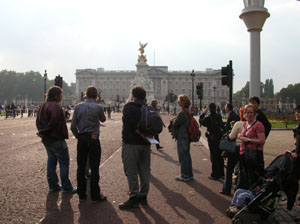 However, we didn't have to wait long as, at Trafalgar Square, about 100 people on rollerblades snaked through the streets of the capital!

In these days of security, a number of protective measures are in place around the Houses of Parliament. Minor disruption to the walkabout route was caused with new measures are apparently being put in place around the Abingdon Street carpark (which the Prisoner drives into in the opening titles). Thankfully, the carpark was still accessible and was reached after a short detour. 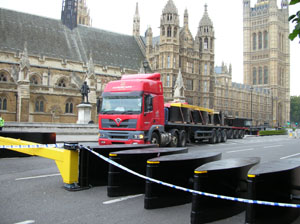 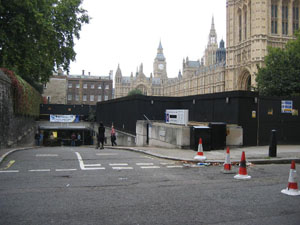 There were further roadworks at Buckingham Place - it seemed as if half of London was being dug up that weekend! 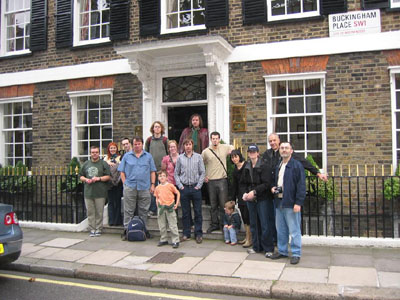 The tour concluded, we went for the traditional meal at Pizza Hut.

As always, thanks go to Dave Lally for hosting the tour, Nige and Anneli for carrying some of my luggage, and to everyone who turned up to make for an enjoyable Sunday afternoon.