For many years, Dave Lally of the London Prisoner Group has conducted twice-yearly walking tours of the surviving London-based "Prisoner" locations (click HERE for reviews of past walkabouts, and HERE for the Locations Guide), and one such event took place on Sunday 9th April 2006, starting at 2.30pm under Marble Arch from "Many Happy Returns". 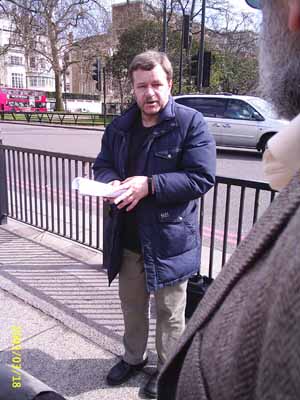 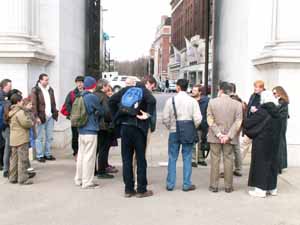 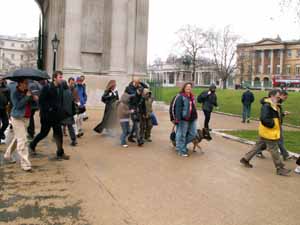 Around two-dozen people attended the event, and it was a truly International one with attendees not only from various parts of England, but also visitors from the USA, Germany, Ireland, and Wales! 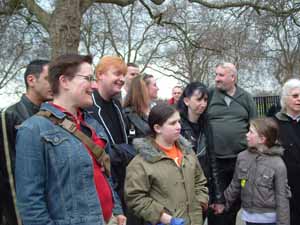 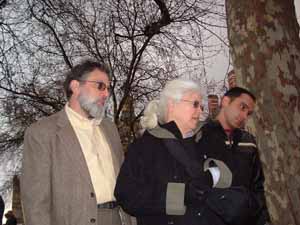 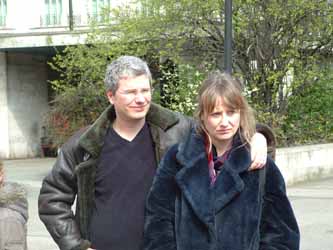 Many new friendships were formed, and old ones re-visited, as the crowd toured the sites. 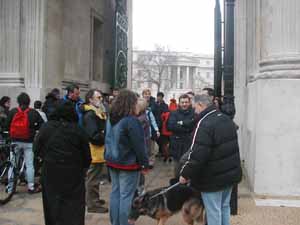 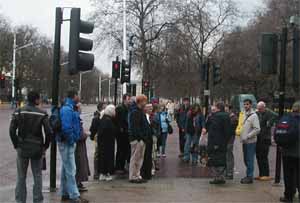 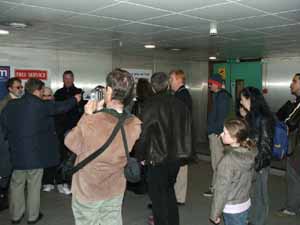 As usual, Dave took attendees round the locations from the "Arrival" opening titles, plus London scenes from "Many Happy Returns", "Do Not Forsake", and "Fall Out". 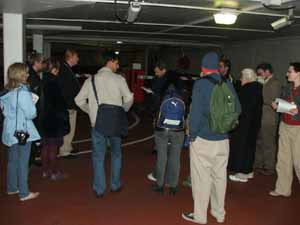 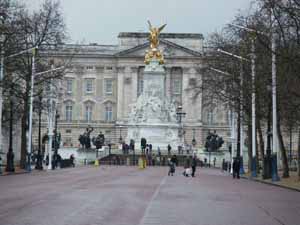 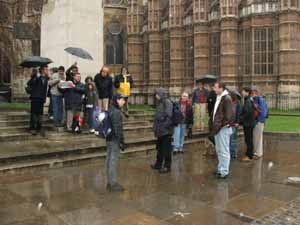 With the usual willing crowd, and tour-guide Dave in good form, we were quickly on our way. Previous walks had seen the most glorious of weather. Would we once again be lucky? To be honest, no. Upon exiting the underground car-park seen in "Arrival", the heavens opened. 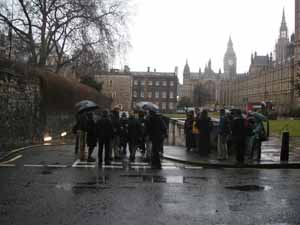 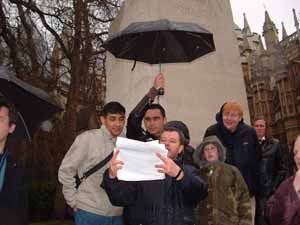 But did this impact upon the enjoyment of the walkers? No. A great time was had by all, despite the rain, and many email addresses were swopped between many new-found friends. Not a single "Prisoner" location was omitted from the tour (can we use the shorter route next time, Dave?), and several of the party even bought ice creams! 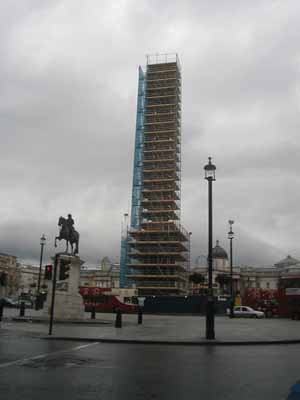 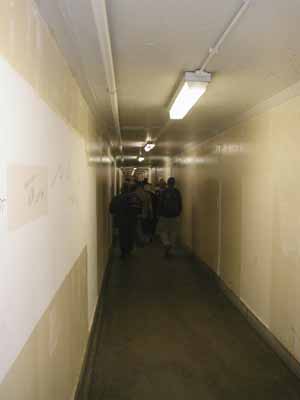 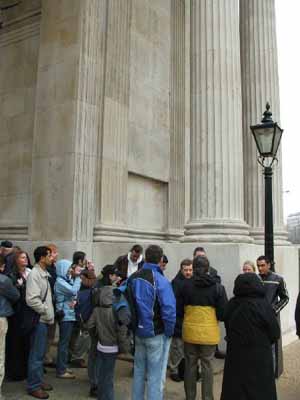 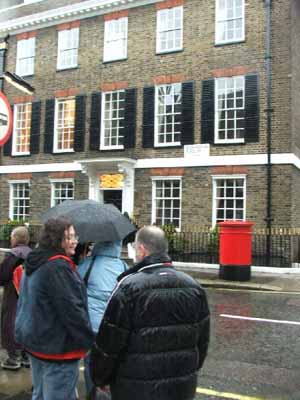 The day, as always, ended up with the attendees commandeering half of Victoria's Pizza Hut for a well earned meal and a drink before everyone made their way home. 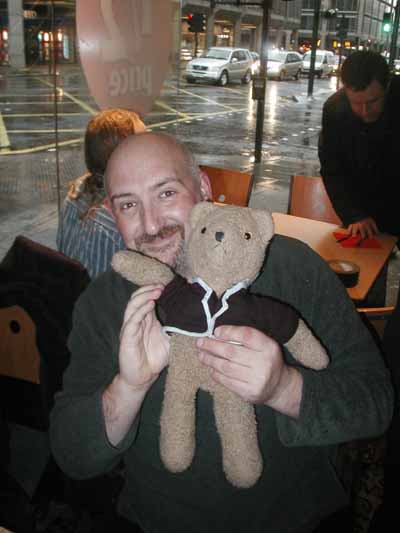 Paul Smith and "Prisonbear" on location. 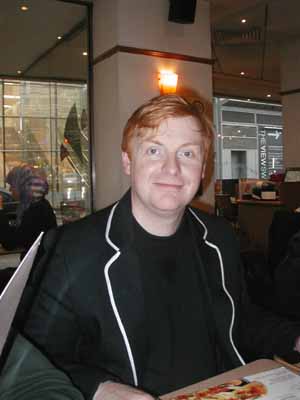 James from Ireland, in costume. 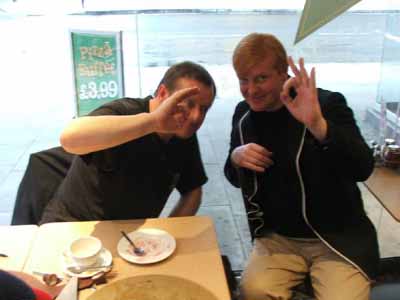 A short video presentation of the event is online at:
http://www.snapsandbytes.co.uk/prisonerwalk-spring06.mpg with a smaller version at:
http://www.snapsandbytes.co.uk/prisonerwalk-spring06.wmv
All images on this page are copyright Rick Davy, Paul Smith, James Peart, Chris Riley, and Steve Watson and may not be reproduced without prior written permission. If you attended the walk and would like some of your images included on this page, please contact us. Photographs and details of all the locations visited can be found in our locations guide.

Another tour will be taking place in 2006, along with a coach tour of other locations. For more details of these and other events, keep a regular eye on our events page.