Review by Alasdair Swanson, with thanks to Frank Cusack.

This review is about three things:

3. A sort of comparison of the two

I'm going to start with that comparison of sorts. Looking at the 40th and 50th sets together, it's interesting to see a change of theme and a
change of focus.

The 40th anniversary set is very much about the programme -- the look of it, the sound of it, the people who made it and what they did when they made it. It's mainly about the time a bunch of people went to a strange hotel and made a mad programme that was unlike any earlier mad programme.

For the 50th anniversary, the focus is squarely on McGoohan and rather off the nuts and bolts of the programme. The newer set is very much
about how one driven man created a world unlike any other and persuaded people to make a programme in it and, indeed, whether he was ultimately successful.

It seems likely this is mainly because of McGoohan's latter-day disinclination to discuss the series, meaning the 40th anniversary set couldn't involve him. You can see this in the design of the new set versus the old – the older one has photos of Number Two, the Village and so on, the new one presents the face of McGoohan and nothing else. The extras in each set reflect this change. So let's look at those sets.

All these parts are also available separately, without the colourful slip covers.

The book is a revised version of Andrew Pixley's excellent viewing notes from the 40th anniversary set, updated for the 10 years since then and
this time full of excellent photos. Much of the technical detail from that earlier book has been moved to the text commentaries (which I'll get to), leaving the historical information. It was wonderful then and it's wonderful now -- I'd buy it if I saw it in a shop. The photos are well-chosen and several are new to me, the book is well-made and I can't possibly dislike it. 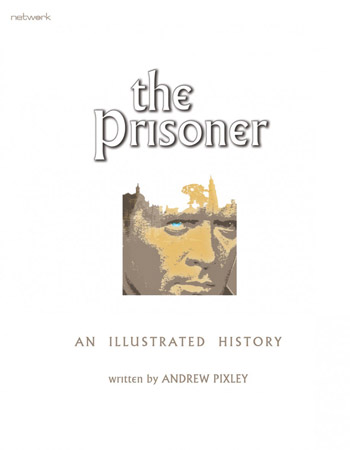 The soundtrack collection is something else entirely -- Network issued a soundtrack set before, on three discs in mostly recording order, and
there's an existing set of the Chappell Music used on the show as another three-disc set. So here's six discs containing all that in mostly episode order (discs one to four) with extras for the early Arrival and other unused or alternate cues on discs five and six. It's utterly splendid and, if I'm honest, what I most wanted this set for. The track listing has notes by Andrew Pixley on where they were used, too, just in case you couldn't tell. Best of all, the Chappell tracks are complete, not just the section used on the show. 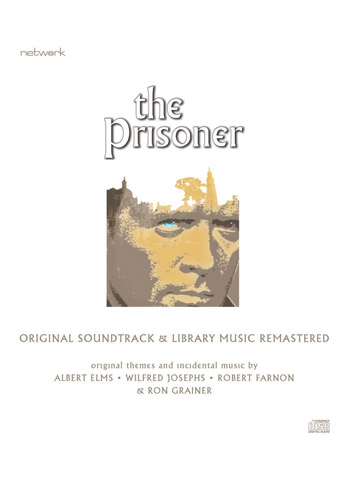 And then the Blu-rays. I only had the DVDs up until now -- I resisted upgrading, initially because the Blu-rays didn't have the Pixley book, then this year because I knew a new set was coming. For that reason I can't tell if these are new transfers or not, though I doubt it. They do look excellent -- when I saw Network's new transfers on DVD I was stunned and these HD versions look even more convincing and solid, particularly on tricky episodes like Dance of the Dead and Once Upon A Time. They even have actual subtitles, something the old sets never did. A second subtitle track gives text commentaries on all episodes, noting things like filming dates, script changes, actors' other appearances, music cues and so on. This is something Doctor Who fans are well acquainted with and are a great addition here. They're relevant and, in the case of repeated elements like the opening titles or stock footage, split across several episodes so we get a very deep level of detail over the whole set. This sort of background trivia isn't for everyone but I love this sort of thing so I was delighted. Overall, I've never seen the series looking so good. 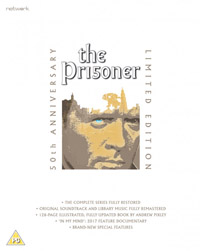 There are a good number of all-new extras in the set, mainly the film, "In My Mind". This is the set's big selling point and it's well worth your time -- it tells the story of Chris Rodley as he was assigned to get an interview with Patrick McGoohan to be shown after the then-new Channel 4 finished their repeat run of The Prisoner back in 1984 (my first experience of the show). In bulk it consists of the first, unused interview session plus some analysis from people who knew Patrick well, advancing some interesting points that I won't spoil here. It's an excellent film and I watched it twice in one day. The film sits on disc six of the set and there are unused portions of the interviews from the film as extras on this disc. Interestingly, the disc is also available separately if you just want the film and you have the existing Blu-rays already. All the other extras are on disc one or disc five so a 4-disc bare-bones Blu-ray set will doubtless be issued later.

Those other extras on disc one or disc five are:

> Some historical films of Portmeirion, one from 1939 as development got moving and a couple of "golly wow" reports from Pathé News.

> an excellent amateur film taken during the filming of Arrival.

> two Prisoner-related Danger Man episodes -- the first, "The View From The Villa" , being Patrick McGoohan's first contact with Portmeirion and the second, "Colony Three", being set in an idealised village of spies. These are good, solid shows, the second in particular showing John Drake off very well.

> two interviews with McGoohan of which the 1977 interview with Warner Troyer is by far the more interesting.

> a fascinating feature showing the filming locations "Then and Now" with some London sites having been re-developed out of existence.

> some film trims from various episodes, mostly later in the series production.

> a frankly bizarre sales reel of ITC output for 1967 including The Palaces of England, Man in A Suitcase and The Prisoner, amongst others.

> a set of photo archives of which the most interesting are those taken by Portmeirion locals during filming.

The only sad news is that none of the excellent 40th anniversary extras (below) carry across so this set augments rather than replaces. But
that's thematic, as I said above, of the change in focus between sets.

> A DVD-case sized book on the making of the series

> A seven-disc set of DVDs with lavish extras

This set is out of print now. Network also does a Soundtrack set which I've pictured in my paired photo but which was separately released
several years later.The book is in two main parts, one on the background and making of the show along with some discussion of its reception and impact (this is the content updated for the 50th anniversary set) and an in-depth guide to each episode that lists where and when everything was shot, the music used, sales and showing details and so on -- this has mostly moved, re-written, into the text commentaries now. It's on reasonable quality paper and, a couple of formatting issues aside, is the definitive guide to the making of the show. It's enough to say that the existence of this book is why I never saw the need to upgrade to Blu-ray -- when the first Blu-ray set was issued the book didn't come with it so I didn't bother. That's how good this book is. 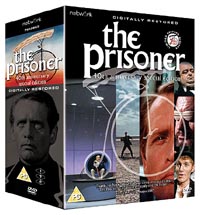 The DVDs spread the show across six of the seven discs. If you had earlier sets of The Prisoner (I had VHS ones) then the new scans, from
the original negatives, were a stunning revelation and almost shockingly good -- blue skies not white, dark green with the yellow on the Lotus not
black, legible signage, good solid colours on the village costunes and crisp, sharp pictures. I was, and remain, utterly blown away by it. No
other disc I've ever seen before or since has quite dropped my jaw in the same way as when Network's Arrival kicked off. If you've only seen
the series on a Network disc, seek out older discs second-hand and see what a stunning improvement this was.

Discs six and seven are where most of the extras live, including the early edits of Arrival and The Chimes of Big Ben (the latter in VHS quality), holiday films and behind the scenes film of Portmeirion during the making of the series including the original Rover, clean titles and bumpers (one of my absolute favourite things is the clean closing titles for some reason), music features and some other textless material. Squirrelled away on the other discs are script and production PDFs, music suites, trailers, photo galleries and seven audio commentaries from cast and crew, of varying levels of interest. Disc seven also contains the 40th anniversary’s big documentary piece, "Don't Knock Yourself Out" which was, and is, a superb and detailed piece of work and much more about the making of the programme than anything in the 50th set.

As a set, this was my favourite thing for years, an exemplar of how archive TV should be handled.

So which set is better?

Neither. They have different focuses but always built around the best possible presentation of the actual shows. In a prime case of "You
can't please everybody", I'd *of course* have loved to have everything in one place but if I want "Don't Knock Yourself Out" or an episode
commentary, I still have them and, if I just want to see the best possible version of the programme, I have that too. Both sets are the best that could be presented when they were issued and either one is a worthwhile investment.

But if you have the choice of either, at similar prices, get the new one.

If you’re keen on Portmeirion and don’t mind Doctor Who, I’d suggest spending £7 on the DVD of “The Masque of Mandragora” – this 1977 show
was filmed in Portmeirion and there’s an “On Location” film on the disc that shows off the site rather well."