The day began at 9.30am at Debden in Essex, the first pick up point, with the 2nd pick up point being Westcombe Park Railway Station, in Greenwich. This site was chosen as locally there is a group of buildings in private hands which are based on buidlings found within Portmeirion, and this was our first "location".

Once everyone had gathered, we were on our way to the second location of the day.

Some of the most memorable sequences in the "Prisoner" episode "The Girl Who Was Death" surround the cricket match, where exploding balls are the order of the day. These sequences featured no less than 4 different patches of land. With one simply a field at the MGM studios, and Eltisley cricket green in Cambridgeshire (where all the Potter and Colonel Hawke-Englishe sequences were shot) visited on the 2005 Coach Tour, that left just 2 locations still to find.

The first of these 2 locations was our next port of call. Meopham is a delightful village in Northern Kent, and the cricket green is apparently the oldest in the UK. The sequences, in the form of stock footage, of this green are easy to spot due to the large windmill in the background, which still exists today. 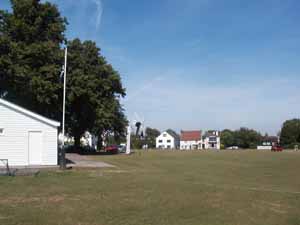 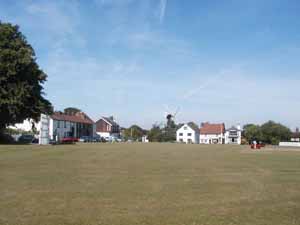 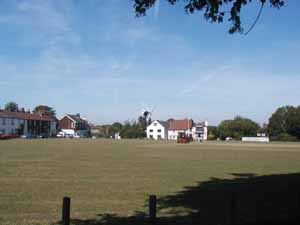 With the sun shining incredibly brightly overhead, a drinks break was called for before setting off for the third location of the day. 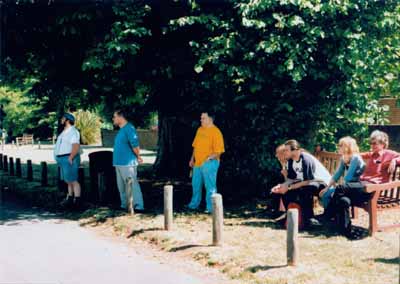 The Lockmeadow Centre in Maidstone doesn't sound like a "Prisoner" location. This is because it isn't. However, it does now house a memorable "Prisoner" landmark - The Stag statue as seen in "Many Happy Returns" (just before Number Six arrives back at his new house) has resided here since 2004 after being removed from its former location at Stag Place in London in 1997. 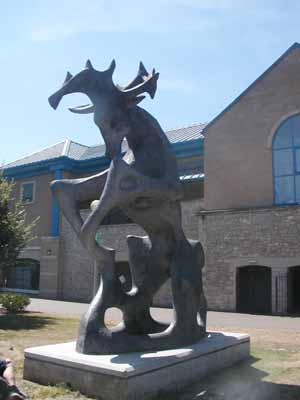 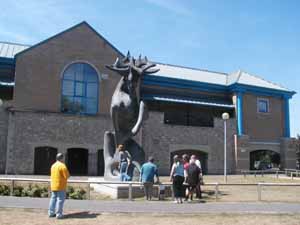 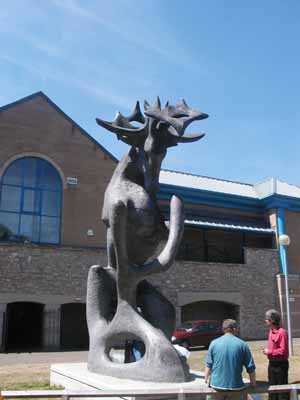 Although it does not mention "The Prisoner", and why would it for it was just a fleeting, although memorable, glimpse, a helpful plaque sits in front of the statue. 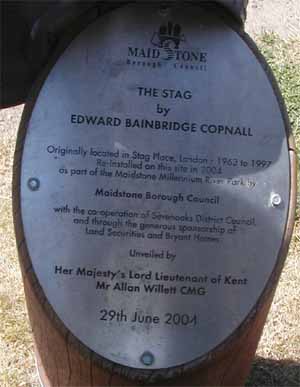 On such a beautiful morning, with the river just feet away, one could argue that the new location is much more fitting of such an impressive sculpture than the old.

It was then time to set off on a short drive to our next location, and the one that would signal our picnic break. Bearsted Cricket Green in Kent. This was the 4th location used for the "Girl" cricket scenes, used for all the establishing shots. 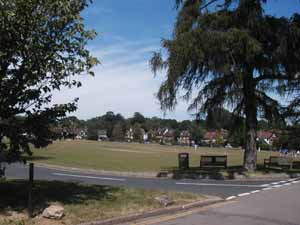 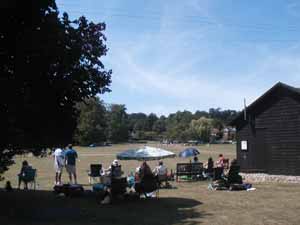 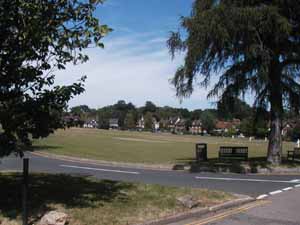 It was a lovely peaceful spot for a picnic, with several attendees immediately remarking that they'd like to move there! After food, some attendees sunbathed, whilst others went to the pub for a swift pint, with everyone finishing the picnic with a mass ice-cream and ice-lolly buying session. 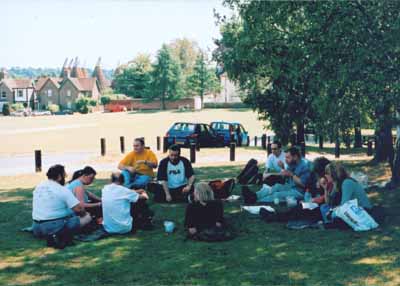 The next location was more of a stop-off than a full visit. The tunnel used to escape from The Village at the end of "Fall Out" was demolished when the A267 was widened following EU pressure, but with the A267 en-route we stopped off to see the site. Sadly, no sign of any part of the tunnel remains, as suspected.

So, on to the final leg of the tour. Beachy Head lighthouse in Sussex. This location appears in 2 episodes, as Schipps' rocket in "Girl" and as itself in "Many Happy Returns". Here we were joined by local "Prisoner" fan Andrew White, who had kindly come along to show us the sights. 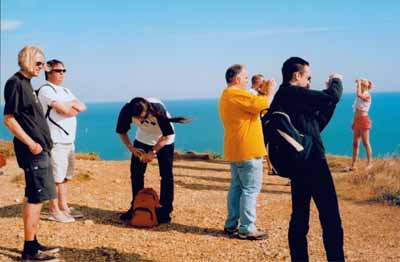 After a pint, we set off up the cliffside where Andrew pointed out the exact points where the shots were taken from for the episodes. 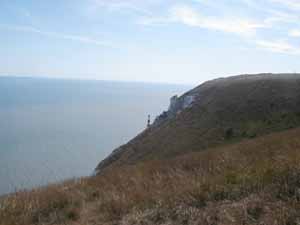 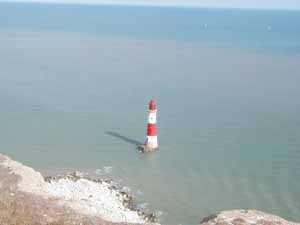 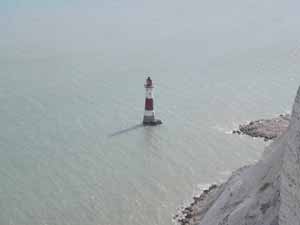 So, after another ice-cream (well, the sun didn't stop shining all day) we set off for home, arriving back in London at around 8.00pm.

For me, it was a most enjoyable day. Out of the 6 locations visited, 3 had never been visited by any group of fans before, and it was great to visit them. Special thanks to Dave Lally for organising the day, Nick Ford for navigating us, and Andrew White for his Beachy Head mini-tour - plans are afoot for a similar event next year!