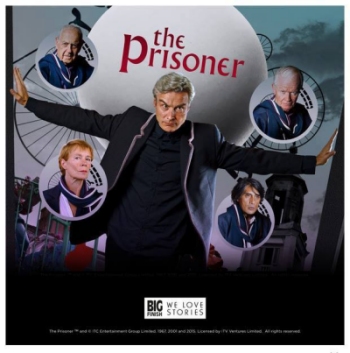 This page of The Unmutual Website aims to give a summary of all the latest news and developments, as and when they are announced! See below for news, reviews, photo reports, interviews, and more! 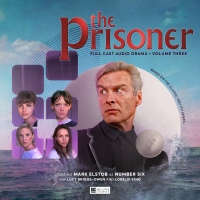 Exciting, but yet sad, news for fans of Big Finish's audio re-imagning of 'The Prisoner' is that the third, and final, series is now available to buy or download.

Again starring Mark Elstob as Number Six, and Lucy Briggs-Owen as Kate Butterworth, the set comprises of four episodes loosely based on the original series, written, directed, and produced by Nicholas Briggs .

Click HERE for The Unmutual Website's full review of the set, which comes highly recommended, and HERE for further details on the set itself.

Exciting news has reached The Unmutual Website that Big Finish's long-awaited third series of 'The Prisoner' audio drama re-imaginings, is now fully recorded and an enthralling trailer is now online to whet fans' appetites below)!

The new (and final?) set comprises four episodes: 'Free For All', 'The Girl Who Was Death', 'The Seltzman Connection' and 'No One Will Know'.

The new set is available from the Big Finish Website HERE from only £19.99.

Mark Elstob stars as Number 6 for possibly the final time, as Big Finish Productions draws the curtain on The Village in the third series of full cast audio drama, The Prisoner. The Prisoner volume three will be released in November 2019 and is now available for pre-order from £19.99 at www.bigfinish.com.

Number Six is still trapped in ‘The Village’. Do those who run this place want simply to extract classified information or do they have a darker purpose? Number Six has to believe he will escape. And this time he begins to see a possible way out. But will the price of freedom be too high?Big Finish’s reimagined version of The Prisoner is based on the classic ITV series originally conceived by and starring Patrick McGoohan. However, these four new stories won’t be following the narrative set down by the final episodes of the original television series.

Director and writer Nicholas Briggs explained: “The finale isn’t based on any of the TV episodes, and certainly not Fall Out –the final TV episode –which we sort of covered in The Prisoner volume two.” “There’s been a big change, actually. This volume is very much written as a serial. It’s one long story with characters that continue from episode to episode.”The box set also tackles some topical issues, including identity theft, immigration, rigged elections and terrorism. Mark Elstob said: “The Prisoner –in the guise of a brightly coloured, turbo-charged, Sixties fantasy-cum-spy show –addressed universal themes and asked many important questions about our modern society. The world has changed immensely but I don’t think any of the questions have. “Almost everywhere we look citizens are being controlled, shepherded and ordered by their governments. We are spied on as a matter of course by all sorts of people. Do we really want that? There is surely nobody anywhere who wants to be pushed, filed, stamped, indexed, briefed, de-briefed or numbered, is there? The voice of Number Six –some Number Six somewhere–must always be heard!” 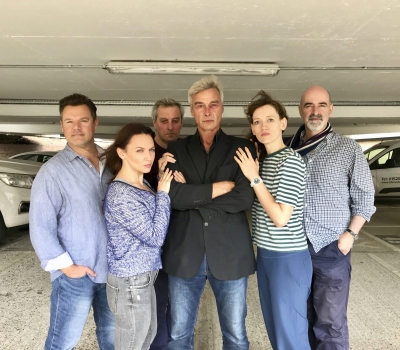 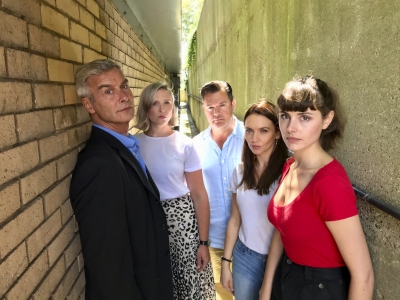 Free For All
Time for an election in the Village. The regime seems to want Six to stand as a candidate to be Number Two. But when Two’s manifesto seems to be based on the notion of freedom, what platform will Six decide to stand upon? And can there ever be freedom in the Village?
The Girl Who Was Death
Six finds himself free again, back in London. But how did he get here? An explosion rocks the city and Six must work out who he cantrust. Will it be Control, Danvers, Number 43, Kate, Number Two or Potter?
The Seltzman Connection
Potter and ZM-73 think that if they go back to the beginning of it all, they’ll be able to solve the mystery of the Village. But can Professor Jacob Seltzman really provide all the answers?
No One Will Know
From London, to Kandersfeld to the Village... Will an end to it all ever be possible?This full cast audio drama also boasts some names new to Big Finish in guest roles, including Genevieve Gaunt, Jennifer Healy and Lorelei King.The Prisoner volume threeis available now for pre-order as a collector’s edition box set or download at the Big Finish website from £19.99. 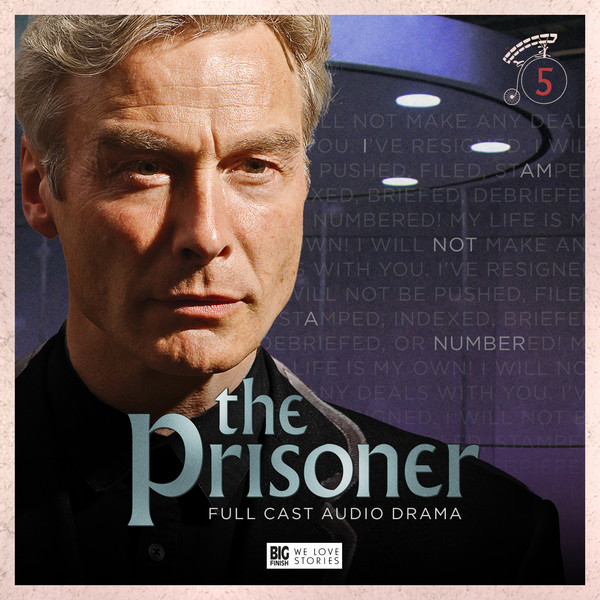 'The Prisoner' in recent years has been excellently re-imagined by Big Finish as an audio drama, starring Mark Elstob as Number Six, with two series completed so far (reviews HERE).

In an update via the Big Finish Facebook page, writer and producer Nicholas Briggs has announced that series three has been delayed until later in 2019; "I’m very sorry to say that pressures of work on other projects at Big Finish have meant that my work on The Prisoner Volume 3 has been delayed. The good news is that I’ve returned to writing it and with this extra time in the schedule, I’m looking forward to getting into studio with something that sounds spookily like a finale? Or is it?"

Radio 4 Extra in the UK are currently (December 2018) running, on Sunday evenings, the first series of Big Finish's audio drama re-imagibning of 'The Prisoner' series.

Written, directed, and produced by Nicholas Briggs, the series stars Mark Elstob as Number Six, and stars such as John Standing and Celia Imrie as Number Two, and comes highly recommended by The Unmutual Website.

Click HERE for all the details on Big Finish's 'The Prisoner' series including news, reviews, and more.

'THE END' FOR BIG FINISH? 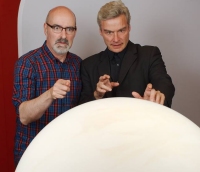 As previously announced (below), Big Finish are producing a third series of their 'The Prisoner' audio re-imagining, and June 2018 brings some tantalising news, with the annoucnement that the final episode of series 3 is titled 'The End'.

Writer, director, and executive producer Nick Briggs says: "it's called The End. Our plan is for this to be the final box set so if you haven't yet followed the story so far, now's your chance. Will The Prisoner ever return to Big Finish after that? That would be telling…!” 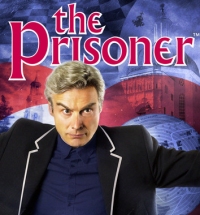 As announced at January's 'Fifty Years of The Prisoner' event at Elstree (review HERE), Big Finish are embarking on a third series on their audio re-imagining of 'The Prisoner' series.

Writer and director Nicholas Briggs has now announced the episode titles that will make up three quarters of the series!

Nicholas will be tackling re-imagined versions of the TV episodes 'Free for All', 'The Girl Who Was Death', and 'Do Not Forsake Me', as well as an unyet untitled fourth episode, which will not be based on an original series episode.

Click HERE to pre-order the set, which will be released in May 2019, those who pre-order quickly will receive a special cover variant edition of the new 'The Prisoner - The Uncertainty Machine' comic from Titan, left (see news item below), with Big Finish's Number Six Mark Elstob on the cover!

With thanks to Anthony Rooney for this news item. 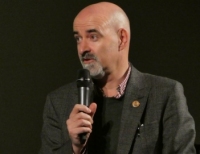 At the recent 'Fifty Years of The Prisoner' event (review HERE), one of the special guests interviewed on stage was Nicholas Briggs of Big Finish, writer and producer of 'The Prisoner' audio re-imagining (click HERE for more details and reviews).

During Nick's on-stage interview he exclusively announced that series THREE of his well-received audio series WOULD be going ahead (although no date has been fixed).

The Unmutual Website will of course be first to bring you the news of what might be contained in the third series as soon as it is announced. 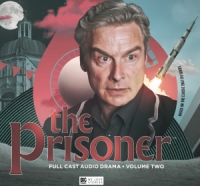 The cover art for the long-awaited second series of Big Finish's re-imaging of 'The Prisoner' as an audio drama series has been released.

Four episodes make up the second series, each written by producer and director Nicholas Briggs, and as with the previous series they come highly recommended by The Unmutual Website.

Episode 1 of series 2 is entitled 'I Met a Man Today' and is a re-imagining of 'Many Happy Returns', and beautifully written and performed.

Episodes two and three are loosely based on 'A. B. and C.' and 'Hammer Into Anvil' and feature some great, and returning, characters and delve deep into the darkest areas of Number Sox's mind (as well as exploring further the themes of paranoia and so forth which Briggs looked at in the first series).

As for episode 4, 'Living in Harmony', it's out of this world!

A full review of series 2 is online HERE. Click HERE to read more about both series, including a special report from studio recordings, interviews with Nick Briggs and the cast, and much more.

With thanks to Nick Briggs / Big Finish for the cover image and news.

Released in January 2016 the audio series has not only a new score but also is written and directed by Big Finish’s co-executive producer, Nicholas Briggs. The audio set is available to buy from the Big Finish Website HERE.

The Unmutual Website is delighted to announce that executive producer and writer of the dramas, Nick Briggs, has been kind enough to spare some time on several occasions to give a few more details regarding the series.

Click HERE to read the full interviews with Nick, and HERE to discuss the project on TUW's Facebook page.

The four-part series kicks off with "Departure and Arrival", based on "Arrival", an entirely new episode called "Your Beautiful Village", and re-workings of the original TV episodes "The Chimes of Big Ben" and "Schizoid Man".

September 29th 2015 not only marked the 48th anniversary of the first UK screening of 'The Prisoner', but also the launch of the official audio trailer for the series CD box set. Artwork (above) showing some cast members was also released.

Click HERE to read Nick's interviews, click HERE to listen to the trailer, and HERE for the new theme music.

The cast is as follows:

Packaging images have also been released, as follows, along with a second audio trailer HERE. 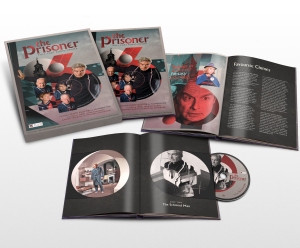 On 24th December 2015, Big Finish treated us all to an early Christmas present with a FREE 30-minute excerpt of the first episode, 'Departure and Arrival' - click HERE to listen! And in January 2016 a series of short behind the scenes videos on Facebook.

The CD set comes highly recommended by The Unmutual, click HERE for a full review.

CLI CK HERE FOR A FULL PHOTO REPORT FROM THE RECORDING SESSIONS INCLUDING FULL INTERVIEWS WITH CAST AND CREW!!! 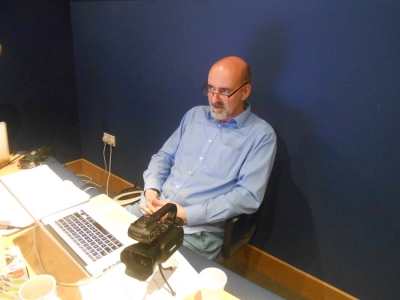 Producer/Writer Nick Briggs; "My intention is to make something great that will entertain and engage fans of the original as well as people who are new to it." 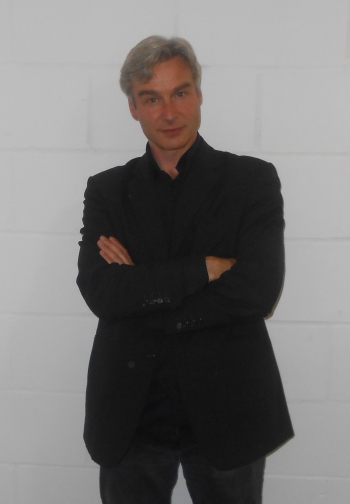 Mark Elstob (Number Six); "It's like a dream come true!" 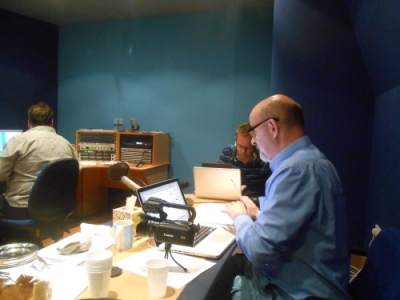 Nick Briggs on Mark Elstob; "I decided I didn't want a famous actor, I wanted the best actor!" 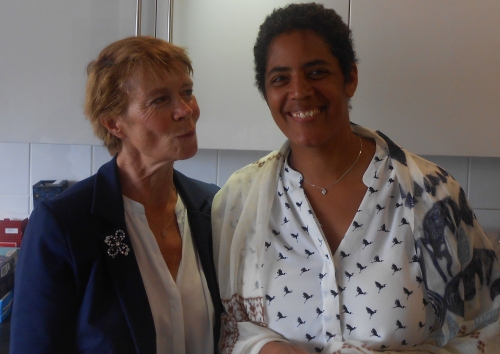 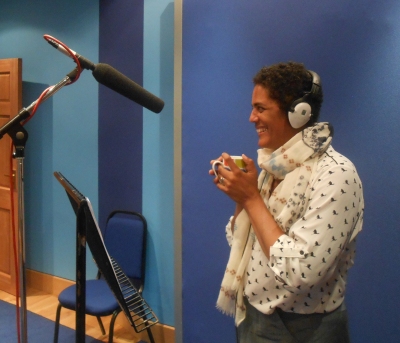 Sara Powell (Number Nine); "I want to know what he was resigning from!" 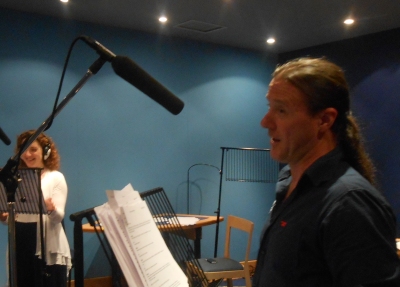 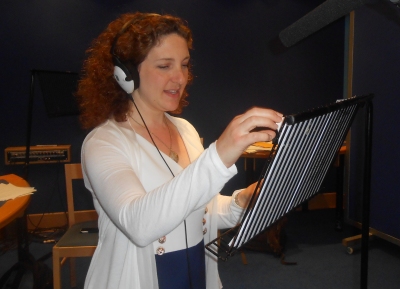 Photos on this page (c) Rick Davy or Big Finish, not to be reproduced without permission.

Come back soon for full photo report and interviews. The Unmutual Website would like to thank Nick and all the cast and crew very much for sparing the time to share his thoughts regarding the exciting new series. Keep an eye on the main news page for updates and developments as soon as they are announced, and read Nick's full interview HERE.